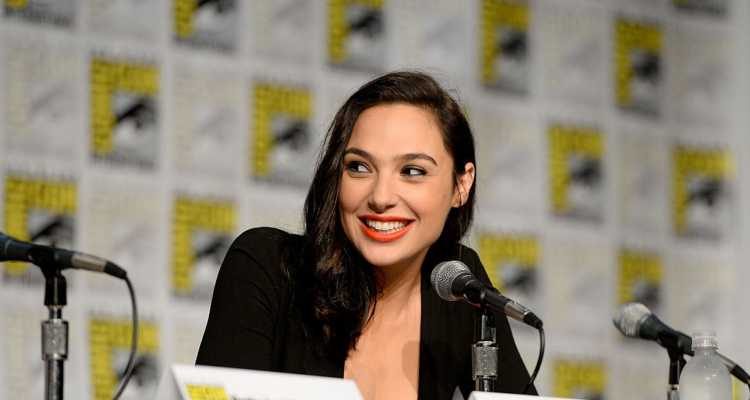 The star of the upcoming Wonder Woman film, Gal Gadot, just announced on her Instagram that she is pregnant for the second time!

Although the trailer for Wonder Woman shows a super strong and fit Gadot, in a few months we will be admiring her baby bump instead. The actress typically adheres to a healthy lifestyle, so we are sure that she will still look amazing during her pregnancy and even post-baby.

With Wonder Woman set to hit theaters soon, Gadot has a busy and exciting year ahead of her not only promoting the film but also preparing for her second child to enter the world.

But before we get ahead of ourselves, let’s take a closer look at how Gadot got so fit to fill the shoes of Wonder Woman.

So excited to share this wonder with you… #mommyforthesecondtime ✨???✨

Gadot has lean muscles, so she doesn’t look bulky—which is perfect for giving Wonder Woman a feminine, yet super strong appeal. In order to achieve such muscles, Gadot partook in cardio exercises along with plenty of Pilates, which builds strength.

Based on the images released for the upcoming film, Gadot looks incredibly strong and fierce: perfect to be Wonder Woman, that’s for sure.

The first tip you can take away from Gadot’s fitness plan is to drink plenty of water. The more hydrated you are, the less you will want to snack— especially on junk food—so always ensure you are carrying around with you plenty of water to curb food cravings.

To complement intense workouts and to build more muscle, Gadot eats a high-fiber diet along with nutrient-rich fruits and vegetables. But although Gadot generally sticks to healthy eating, she has been known to have a burger here and there when she’s craving it – all in moderation, right?

Much of Gadot’s strength comes from the fact that she was previously in the Israeli military; and so, she is no stranger to tough workouts. She does prefer to partake in weight training, as it helps her build muscles along with her killer abs.

To switch up her workout routine, Gadot will go from athletic activities to more focused gym-centric exercises to prevent boredom along with targeting her entire body.

Another takeaway from Gadot’s healthy living is to enjoy food slowly. Not only does this prevent bloating, but it also causes you to eat less because you will feel fuller, longer. Furthermore, it will help you cut down on your portions and thus promote weight loss. In today’s society because we do so many other things quickly, we often rush our meals, which causes mindless eating and overeating. Before we know it, we now have extra pounds.

My Morning Plus ☀️ all the things that I like, the sea?, Burek?and good vibes ✨Sending you all great refreshing energies ? #P9_PLUS @huaweiisrael

Instead, partake in mindful eating and be present when you eat, not distracted or rushing, as a means to promote healthy eating and weight.

Gal Gadot is gearing up to premier Wonder Woman to the world, but she is now excited about being a mommy of two. As long as she sticks with her healthy lifestyle, Gadot will have no problem getting her Wonder Woman body back after her second pregnancy.