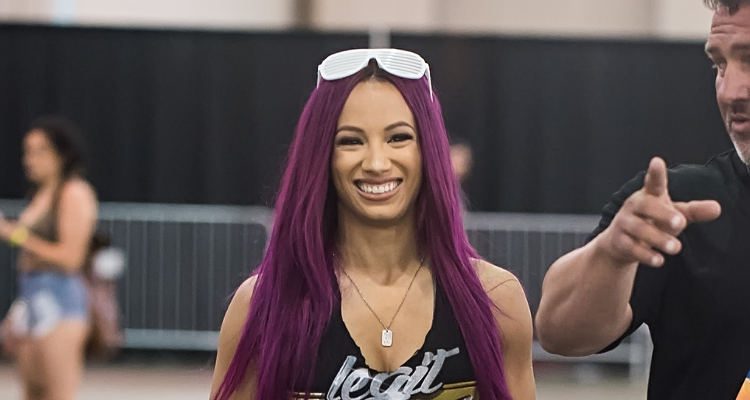 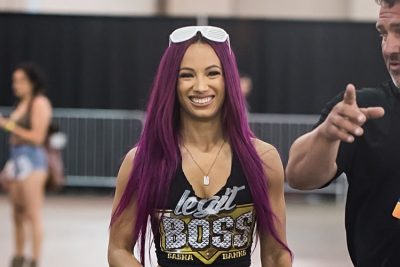 WWE superstar Sasha Banks is no diva—the 24-year-old is better known by her moniker, Legit Boss, but Banks’ real name is Mercedes Kaestner-Varnado.

Banks has plenty of swagger and style, and considers herself a real athlete as opposed to eye candy. She credits her intense strength training, workout routine, and work at the WWE Performance Center in Orlando for helping her perfect her signature moves like “Bankrupt” and “The Bank Statement.”

Sasha Banks is a former WWE Women’s Champion and NXT Women’s Champion, and she performs on the Raw brand roster. WWE enthusiasts label Banks as a “once-in-a-generation talent,” and “the best female performer on the roster.”

Women look up to the five-foot four-inch Sasha Banks, who says she was told countless times that she was too small and not good enough. However, Banks kept coming back because she wanted to be there, and she knew she belonged. Banks wants to show the world that women belong in the WWE.

Sasha Banks backs up her strong words with hard work. She is committed to a full body workout and fitness routine that builds muscle and increases strength. Banks will be at the gym most days for 90 minutes per session, and performs box jumps, burpees, kettlebell swings, and cardio workouts.

Banks became one of the first women ever to be featured in a 30-minute Iron Man match in WWE history, and also participated in the match which was the first women’s headliner.

Sasha Banks has an intense workout routine that displays her athleticism and strength in the wrestling ring. Banks’ technical adviser Gino Caccavale put her workout together, and says top athletes like the WWE superstar need workouts that challenge them in new and exciting ways.

Let’s take a quick look at some of Sasha Banks’ creative and high-intensity exercises.

The Pancake Good Morning: It works her core, lower back, and glutes. In this position, you sit on the floor with your legs in a wide V position while placing a barbell across your shoulder blades. You then slowly lower your chest toward the floor and keep your eyes forward. Stop when you’ve gone as far as you can without losing form, and push back to your starting position by engaging the lower back and glutes to drive you back up. Perform two sets of ten slow reps.

The Single Arm and Leg Dumbbell Snatch: The exercise works the core, legs, and shoulders. For this exercise, you balance on your left leg by holding a dumbbell in your right hand while your arm extends at your side. Slowly you will squat down, and keep your right leg behind you while you lower your weight toward the arch of your left foot. Then you explosively draw the dumbbell upward and close to your body, while continuing one smooth motion until your right arm is extended overhead. Perform two sets of twelve reps per side.

The Barbell Curl with Triceps Push: This exercise works your triceps and biceps. For this exercise, you stand and hold a barbell with an underhand grip with your arms extended down near the thighs. Perform a bicep curl and draw the bar toward your shoulders. Extend your arms forward until they are parallel to the floor and flex your triceps. Then, reverse the movement and bring the bar toward your shoulders, and lower the weight to the starting position. Perform two sets of ten to fifteen reps.

Frankenstein Squat: The Frankenstein squat works your core, legs, and improves your shoulder stability. For this exercise, you place a straight bar slightly below shoulder height on a squat rack. Next, bring your shoulders under the bar and lift it off, then step both feet back, and keep your feet shoulder-width apart. You then balance the bar on your shoulders with arms extended parallel to the floor, as you descend into a deep squat. Perform three sets of twelve slow reps with moderate weight.