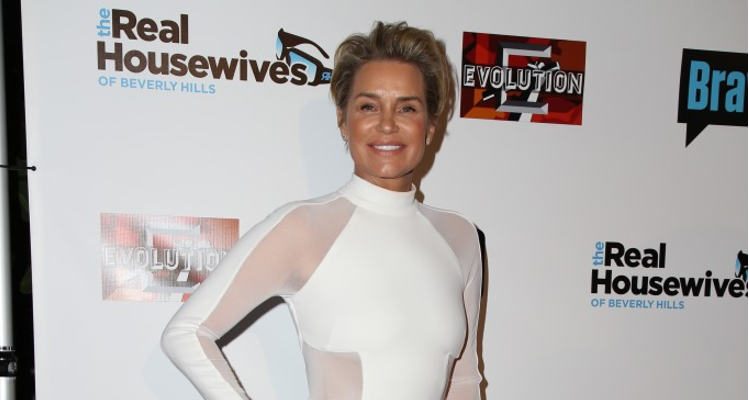 Former model Yolanda Hadid’s diet is healthy for a bigger reason than staying fit. The 52-year-old has been battling Lyme disease since being diagnosed in 2012. The mother of Gigi Hadid recently shared a healthy summer breakfast on Instagram, consisting of a strawberry smoothie topped with coconut, peaches, and strawberries.

Lyme disease is a bacterial infection transmitted primarily by deer ticks. If not treated early, it can progress into various chronic symptoms. The symptoms of Lyme disease start in the first 30 days after exposure, and may include swollen lymph nodes, muscle and joint pain, fatigue, fever, headache, and a skin rash called erythema migrans. People also experience flu-like symptoms, arthritis in any joint, hearing problems, heart problems, and cognitive and neurological issues.

Lyme disease symptoms can also strike suddenly: one minute Hadid is enjoying life in sunny Tahiti, and the next she is hooked up to an IV machine. The best treatment for Lyme disease is an integrative approach that combines antibiotic therapy and natural therapies.

As part of her natural treatment for Lyme disease, Hadid’s diet plan has gone through a variety of changes. In the past four years she has learned that a lot of toxicity in the body comes from the food and preservatives that people eat. As a result, Yolanda Hadid’s healthy diet includes lots of organic vegetables and fruit to help reduce both the inflammation in her body and her Lyme disease symptoms.

Hadid notes that it’s not a cure, but her dietary changes are a very important part of getting well. Yolanda Hadid’s healthy eating included fresh fruits, vegetables, and other whole foods from her local farmers’ market. In February, Hadid consumed a week-long detoxification program and anti-inflammatory diet that contained over 35 different types of vegetables and 14 types of seeds, nuts, and beans. She had a variety of homemade meals, including detox tonic juices, roasted vegetable salads, super seed bars, immune-boosting turmeric decoctions, and broccoli and arugula soup. Simple sugars and foods containing gluten are also restricted in the Lyme disease diet.

Hadid also enjoys bone marrow broths, which contains immune-boosting and anti-inflammatory compounds such as collagen, glutamine, and glycine. How does Hadid make her broth? She uses three to four pounds of beef marrow, two pounds of meaty bones or short ribs, a half cup of raw apple cider vinegar, four quarts of water, three celery stalks, three halved carrots, three halved onions, a quartered handful of fresh parsley, and sea salt. She then boils and simmers it for 24 to 48 hours.

Hadid is even writing a book chronicling the details of her life since her diagnosis. Believe Me: My Battle with the Invisible Disability of Lyme Disease, will hit bookshelves February 2017. She also gets a lot of support from her children: Gigi, Anwar, and Bella.