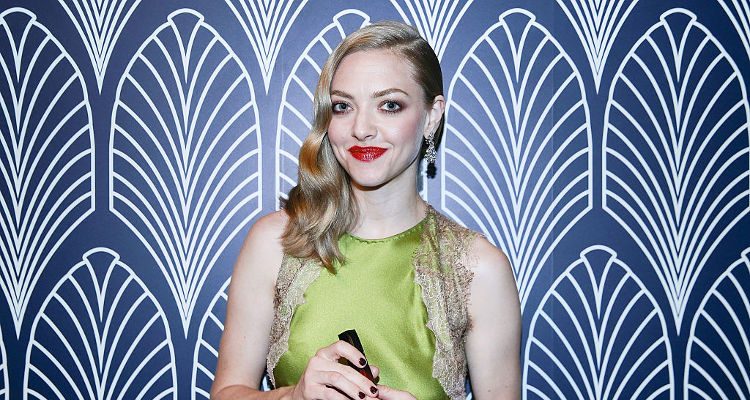 Mean Girls stunning actress, Amanda Seyfried, is expecting her first child with fiancé, Thomas Sadoski. Pregnancy fitness has profound health benefits for both mother and baby, and Seyfried definitely knows this. She was recently spotted jogging with her fiancé, Sadoski, and pet pooch, Finch, at Runyon Canyon in Los Angeles on Saturday.

The actress looked comfortable in a casual jumper by Good hYOUman which concealed her baby bump. The couple sported jogging shoes. This Instagram post from People shows the couple strolling together, and Seyfried looks truly radiant.

The Mean Girls star nicknamed Minge, announced her pregnancy at the press launch of Givenchy’s new Live Irrésistible fragrance. Seyfried and Sadoski got engaged in September. The couple reportedly started dating last year when they met on the set of the off-Broadway show, The Way We Get. They will also be seen together in the upcoming film, The Last Word, which is slated to be released on March 10, 2017.

Meanwhile, Seyfried, is taking her pregnancy fitness seriously. She is trying to keep herself hydrated. She was recently spotted showing-off her baby bump as she tried getting herself a drink in Los Angeles.

Another post from People was captioned, “#AmandaSeyfried is pregnant! The actress is expecting her first child with fiancé Thomas Sadoski.”

Baby bump alert! ? #AmandaSeyfried is pregnant! The actress is expecting her first child with fiancé Thomas Sadoski. Click the link in our bio for all of the details. |?: Sylvain Gaboury/Givenchy

This must be a time when the celebrity is probably going through food cravings. Is she craving for a pickle or an ice cream? What is Amanda Seyfried’s pregnancy diet? Let’s take a brief look at her cravings and diet plan that is keeping the starlet healthy.

Seyfried confessed that she loves food. When it comes to diet, she is not restrictive about any foods. Now that that she is pregnant, does Seyfried have any cravings?

She said that she has cravings for everything which is made out of flour, butter, and sugar. She prefers butter out of the three ingredients. She also tries to avoid food additives and under-cooked foods.

A pregnant woman needs more calcium, folic acid, iron, and protein. Seyfried’s pregnancy diet would be a good blend of foods including leafy green vegetables, pastas, yogurt, cheese, meat, fish, nuts, dried beans, and more. Considering the star loves food, she is focusing on eating nutritious foods most of the time during her pregnancy.

Seyfried probably likes macaroni and cheese and her Instagram feeds indicate this. For example this post which is captioned, “his and hers.”

Here is another post which has already received 43,000 likes.

Seyfried told W Magazine, “The only thing I’d say I crave more is calcium. I eat cottage cheese. It’s kind of the best thing.” Good choice, since calcium intake is definitely good for her baby and Seyfried needs over 1,000 mg calcium per day. She admits that she includes Breakstone’s cottage cheese in her diet. She said she likes the tanginess in it.

She likes to have a breakfast of fresh fruits and snacks on milk products. Her lunch consists of nutritious foods, and dinner may include low-carbohydrate foods.

In addition to focusing on a healthy diet, Seyfried stays active as her recent jogging stint with her fiancé indicates this. Her workout routine includes jogging, cycling, and light cardio workouts.

The star told W Magazine that she suffered from obsessive-compulsive disorder (OCD) when she was 10 years-old. She said, “I also feel like there’s so much less stigma about everything, like mental health.” She added, “And I really hope the younger generations are hopefully feeling safer in being who they are.” Seyfried also said, “Well, whatever happens, he’ll hopefully crave cottage cheese his whole life. And there will be no stigma with it for him (points to belly).”

Amanda Seyfried looks radiant and is happy showing off her baby bump. She seems to be enjoying her pregnancy, focusing on a healthy diet and being active with fiancé, Thomas Sadoski.