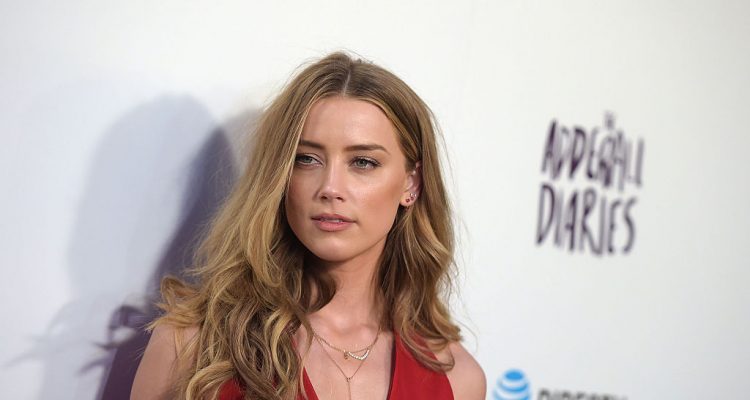 Amber Heard and Johnny Depp have ended their one-year marriage. The 30-year-old Heard is putting her divorce behind her and is now focusing her energy on the role of Mera in the Justice League: Part 1 and Aquaman movies, which will be released in 2017 and 2018 respectively. Mera is the Queen of Atlantis and the wife of Jason Momoa’s character, Aquaman.
Justice League is an upcoming chapter in the DC extended universe (DCEU), and it also includes Wonder Woman (Gal Gadot), Batman (Ben Affleck), Superman (Henry Cavill), The Flash (Ezra Miller), and Cyborg (Ray Fisher). Amber Heard and Jason Momoa are required to be in superhero shape just like the rest of the Justice League cast.
Check out an Instagram photo of Jason Momoa, 37, and his barbell workout with his trainer, Mark Twight:

It's a dream come true for me to connect with these two. Excited for the future. #tzaaaaat ALOHA j

A rare moment for me. Shutting up and listening. Mahalo @wfmft and @chris_sharma living my dreams ALOHA j

Jason Momoa has confirmed that the Justice League movie was completed in Iceland and London, England. Although the rest of the DCEU actors are busy with other schedules, Momoa and Heard are likely still training for the Aquaman movie, which will officially be released on July 27, 2018. Although in its early stages of production, filming for Aquaman will begin as soon as writer Will Beall completes the screenplay. The film will also feature Willem Dafoe as Nudis Vulko, who will also be in the Justice League movie.

What Is Jason Momoa’s Workout for “Aquaman”?

We first got to see Jason Momoa’s Aquaman in this year’s Batman v Superman: Dawn of Justice. While most of the DCEU characters are true to their comic book nature, Momoa’s Aquaman appears to be the exception. Momoa’s Aquaman character of Arthur Curry, aka the King of Atlantis, is considered bigger and more of a barbarian than the Aquaman featured in the comic book.

Jason Momoa has certainly lived up to the new Aquaman. Just check out his pull-up workout in this Instagram video:

@wfmft @hotlantayoga what the fuck 10 to 1 then 1 to 10 And that's after 2 hrs of back. Getting ready for JL. Enjoy the Movie everyone. Buy the ticket take the ride. Hahahahahahah it's along ride I'm in for 10 yrs. blessed stoked. And proud of my friends. It's a big beautiful DC world. Enjoy. aloha ALI'I

The 240-pound Momoa had to put on a lot of weight and build muscle quickly to portray Aquaman. The Conan the Barbarian star has a simple 30-minute high-rep workout with trainer Eric Laciste. Some of his exercises include pull-ups, back and front squats, military shoulder presses, cable crosses, and incline bench presses. For each training day Momoa would do three of the aforementioned exercises and perform seven sets of seven, followed by six sets of six, and five sets of five. In total, Momoa would perform 110 reps for each of the exercises and 330 reps overall. It is certainly an demanding workout for Momoa’s role as the Altantean King.

Jason Momoa has also starred as Ronon Dex in the military science fiction movie Stargate Atlantis and as Khal Drogo in the HBO fantasy series Game of Thrones.

What is Amber Heard’s workout and diet? Heard is able to stay in such great shape despite having a busy schedule with long hours on movie sets. Amber Heard is also known for her movie roles in Pineapple Express (2008), Never Back Down (2008), Zombieland (2009), and Drive Angry (2011).
Instead of working out at the gym, Amber Heard prefers outside exercises such as hiking, running, and playing tennis. She also enjoys taking Pilates classes. Heard will also consume a whole-food diet that focuses on home-cooked meals with lean protein and vegetables.