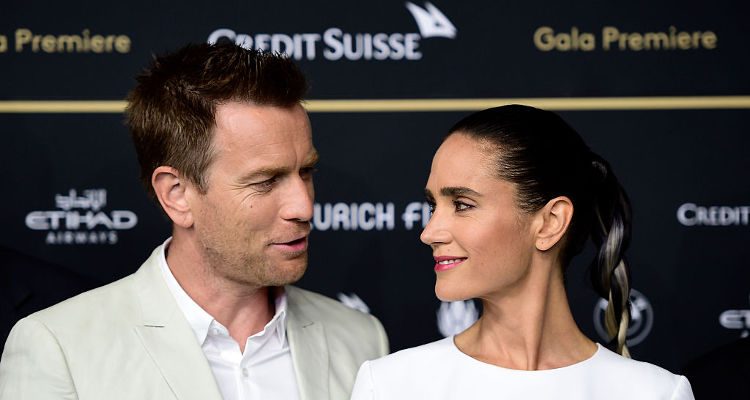 American Pastoral stars Ewan McGregor and Jennifer Connelly looked stunning at a promotional appearance for the movie in New York Tuesday. The movie is scheduled to be released on Oct. 21.

McGregor sported a bomber jacket and jeans at the event. Connelly showcased her slim and lean body in a black little dress with matching heels. Fans are sure to be curious about the stars’ fitness secrets. We have their diet and workout routines, which may help you achieve an enviable physique, too.

Connelly has a very skinny physique and has faced rumors of eating disorders in the past. But, she seems to understand the importance of nutrition and exercises. Health doesn’t mean a thin and weak body achieved through starvation. It is a combination of a healthy diet and workout.

The 45-year-old actress was a strict vegan prior to the birth of her first child, Kai. In a 2008 interview with Marie Claire, she shared that during pregnancy, she craved for turkey burger and succumbed to her cravings. She also drinks red wine, which is a great anti-oxidant and hides the signs of aging.

She likes to eat Pink Lady apples and can have three of them in a single day. She consumes a lot of other fresh fruits and veggies as well. She sticks to a balanced diet of wholesome foods that are rich in proteins and healthy fats.

Connelly doesn’t avoid hitting the gym, as exercises make her feel happy. Yoga and Pilates are the best ways to relax after a rigorous workout. The tough yoga poses reportedly have helped her achieve a great and erect posture and can be done when time permits. It does not require any huge equipment but can be done anywhere with ease.

Her toned and lean legs are an outcome of strenuous activities like hiking or running. Her bountiful stamina allows her run consistently up to 10 miles! She has also incorporated rope jumping and jumping jacks into her workout routine to avoid boredom hitting her. But being disappointed with the results, she apparently chalked it out of her routine.

It is hard to believe she is a mother to three. Despite being blessed with a slim and lean figure, she works out to keep herself going through exhausting workdays and to stay fit and healthy.

McGregor never liked going to the gym for workouts. The free weights, circuit training, and treadmills do not excite him. In fact, he told Men’s Health that squats make him “angry and nauseous.” He likes outdoor workouts, especially running.
Usually, he runs for five miles and sometimes extends it to eight. It makes each of his body part move and burns more calories than other workouts.

To make running more interesting, he listens to Pink Floyd and the Muse album Absolution to bring him out of any negative state.

He was a heavy smoker and drinker some years back. He has quit the unhealthy habits and drafted some rules for a healthy lifestyle. One of which is: Stop drinking and you’ll lose weight.