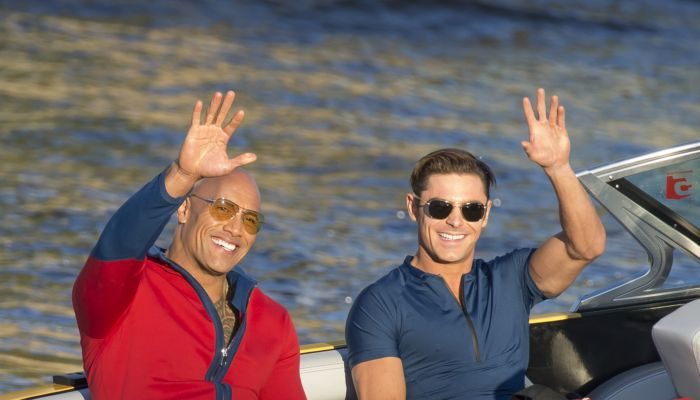 Move over Hasselhoff, Dwayne Johnson and Zac Efron are the new Baywatch beefcakes in town. The Baywatch 2.0 stars are looking lean, ripped, and muscular, and will pleasantly surprise the people whose lives they’ll be saving on screen next summer.

But to achieve their mighty physiques, Johnson and Efron had their work cut out for them. An intense workout and diet plan was required to get these stars into optimal condition to handle all kinds of shirtless situations. Here’s what they had to do.

Because their bodies are entirely different, Zac Efron and Dwayne Johnson took different approaches to their diet and workout routines. Johnson, who’s been building and sculpting his physique for longer than Efron has been alive, chose traditional bodybuilding techniques to prepare for the role.

Efron, on the other hand, doesn’t pack the same kind of mass as the Brahma Bull, so he went with more modern, high-intensity cardio-based workouts to expose more muscle to look bigger standing next to Johnson. And that’s really the key to looking and feeling good with exercise: picking something that works for you.

Efron needed more than just an intense workout regimen to get ripped for his Baywatch role, so he gave his muscles fuel by eating 3,500 calories per day, getting at least 120 grams of protein per day and avoiding processed foods. He ate a lot of green vegetables and healthy fats, and carbs when needed.

Johnson’s diet and workout was much different than Efron’s, due to preference and training style. Johnson maintained similar eating strategies, making sure he ate a lot protein, and plenty of healthy fats and carbs for energy. His diet typically consisted of chicken, cod, eggs and egg whites, steak, sweet potato, oats, nuts, and plenty of green veggies. Of course, Johnson is twice the size of Efron, so his caloric requirements were much higher.

Johnson started every day with 50 minutes of moderate-intensity cardio, typically on an elliptical machine, before breakfast. After breakfast he would hit the gym for about an hour, using bodybuilding techniques. He works out five or six times per week, focusing on one body part per day (e.g., chest, back, arms, shoulders, legs) and mixing up his weights and rep ranges. His set numbers range from three to 10, and his reps range from five to 21.

Baywatch bros Dwayne Johnson and Zach Efron had hard workouts and strict diets, but to fill out their physique—and keep them sane—they had a cheat meal once or twice per week. Efron liked to indulge himself with mac and cheese, potatoes, bread, and some high-fat steak and cheese, while Johnson enjoyed taking down a fat stack of banana-chocolate chip pancakes.