Home > Celebrity Diets > Bella Hadid Awes Fans with yet Another Bikini Pic on Instagram, Here’s How the Model Stays Fit 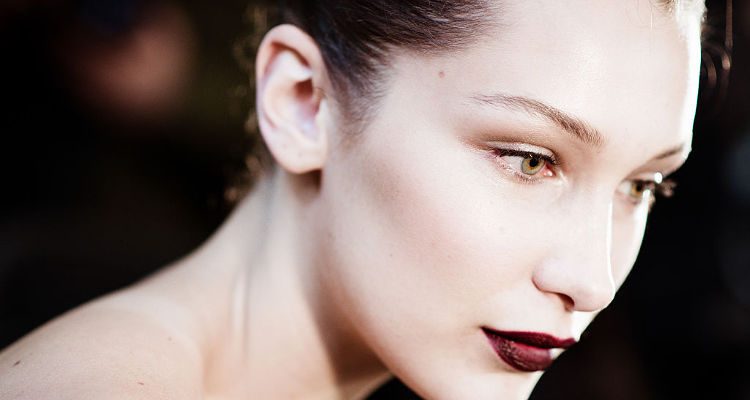 Bella Hadid has long mesmerized her fans with her killer body and still continues. She recently shared a sizzling bikini-clad pic on Instagram. She flaunted her lean beach figure underneath the huge blue sky (which goes unnoticed).

The gorgeous beauty walks some of the most high-end fashion runways including Fendi, Christian Dior, and Chanel. At just 20 years old, the model is one of the faces of Calvin Klein.

The model indulges in a lot of unhealthy foods that we may not even dream of, if we desire to have a chiseled physique like hers. She enjoys pizza, diet coke, burgers, grilled cheeses, French fries, and the list goes on.

There is no specific diet that she follows, so there are no secrets! She says she regards her diet as the pizza diet. Unlike other supermodels, she has never revealed that her diet includes protein shakes and salads. Her Instagram pictures will definitely make you crave for pizzas, but don’t let the craving deceive you!

Where I'd rather be ? Calm…

The only healthy eating habit Hadid abides by is sipping green juices once a week, it would seem. She admits that she is not genetically thin and does gain weight after consumption of such a fatty diet.

If her calendar is booked for any major event, she reportedly drastically changes her eating habits and eats grilled cheese, veggie soups, and avocado toast. It helps her fight nervousness and improves her performance during the show. She works out regularly during such times and her workout includes a walk around the New York City.

She revealed to WWD she is a fan of the major calorie-burning workout: cardio. Hadid takes at least for 15 minutes for cardio. She doesn’t have a specific exercise regimen but works out whenever she gets time. She likes running outdoors and says she gets self-conscious while working out in front of a fitness trainer.

During her childhood, she enjoyed horseback riding with her sister Gigi Hadid. Though Gigi is known to work out hard through her Instagram pics and videos, Bella is not big on working out. But if she does, she would do it with her heart and soul.

Bella recommends her fans to give importance to exercises and focus on each muscle that you work on. She feels one must workout with complete dedication and that to get the best results, don’t just concentrate on finishing the set.

She takes time off from her workout routine and spends time with her friends and family. She goes driving while listening to music, which refreshes her mind. Sleep is another secret to that beautiful glowing skin.