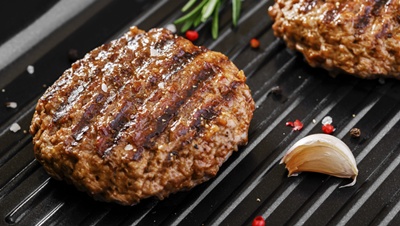 We’ve written before about the connections that people can create over food—from visiting farmers’ markets and meeting the people who supply our healthy food to simply joining the family for dinnertime at the table. But with Father’s Day this Sunday, I thought I’d share a little story with you about how my grandfather (with some help from my grandmother’s cooking) united a whole community through food.

You see, after my grandfather (known by the family as “Grampa” Jack) returned from the war and shortly after he married my grandmother (or “Gramma,” to the family), he opened a restaurant, literally building it from the ground up. Grampa was quite the handyman, as his garage of tools and do-it-yourself shelving and workbenches prove. (I think that’s where my dad got some of his skills, recently building me a gorgeous entertainment unit from barnboard that I can’t help but brag about!)

But back to the restaurant. It was called “Jack’s Place,” and it was built in a small community, just east of Peterborough, Ontario along the Trent River. While Gramma was the head chef behind the scenes, Grampa was the face of the restaurant. He was a people person; to say he loved to talk is an understatement (which is another trait my dad gets from him!). They kept the restaurant open for long hours, from mid-morning to midnight for the young night-owls or those coming off of shift work.

Grampa built strong relationships with his customers. The restaurant stayed open for some 20-odd years, but even after closing, Jack’s Place remained a part of everyone’s memories of Campbellford. Those who were growing up knew it as the place to grab a bite after the dance, while those who were older remember it as a place to get a good meal. But most of all, everyone remembered it as the place with “the best burgers in town.”

Grampa passed away in 2000, but the memories of Jack’s Place live on. I remember being at the visitations and having so many people bring up Jack’s Place and “the best burgers in town.” For anyone who grew up in Campbellford at that time, it seems Jack’s Place is always a topic everyone has a story about. Grampa Jack will always be known for his other quirks, like his collection of junk (spelled “junque”) and his gift of gab, but none more than the impact his restaurant had on uniting the community through a good burger.

So this Father’s Day, in memory of my grandfather, I thought I’d share a basic homemade burger recipe—not the Jack’s Place recipe (it’s still a secret!), but a delicious one nonetheless.

With this recipe, you can sub out quite a bit and add in more if you’d like. I left out the breadcrumbs, which seem to be a part of a lot of hamburger recipes, simply because, to me, it’s just filler. When it comes to the meat, feel free to use turkey, chicken, and pork—whatever you like best. As for the add-ins, you might try minced onion or maybe fold some delicious smoked cheddar into the center of your burger. You can make this as healthy as you’d like, or more of an indulgence to treat yourself every now and then. Best of all, I recommend inviting over some friends to create some memories over a good burger! 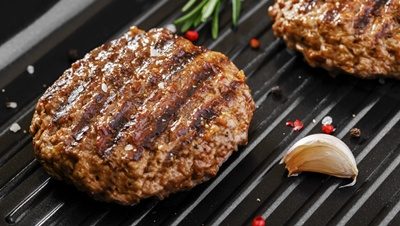