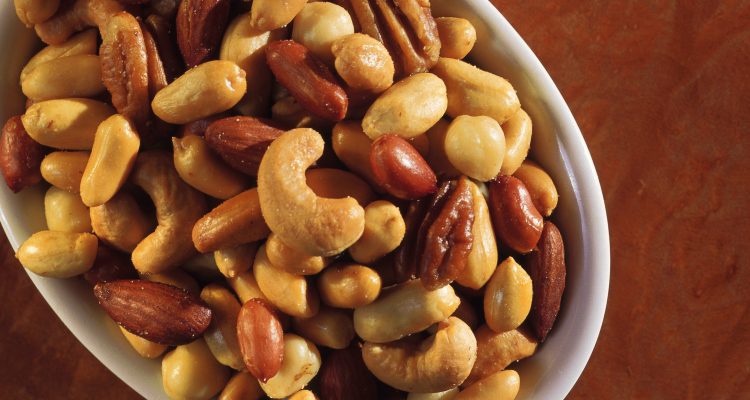 Studies have shown that eating nuts can improve blood cholesterol, blood pressure, and blood sugar regulation. But do the health benefits of nuts extend even further—can they help us live longer?

As per Study: Eating Nuts Leads to Longevity of Life

New research published in the New England Journal of Medicine looked at this very interesting potential relationship. The researchers examined data from 76,464 women and 42,498 men between the years 1980-2010, looking at the relationship between nut consumption and total or cause-specific mortality.

In order to do this, they followed the participants for years and calculated their nut consumption at the beginning of the study and again every two to four years. They also recorded the number of deaths throughout the study period and determined the cause of death.

By the study follow up, a total of 16,200 woman and 11,229 men died. But what was most striking was that the subjects who consumed the most nuts were less likely to die from any cause during the study.

The risk of mortality steadily decreased as more nuts were consumed to a point indicating that those who ate nuts seven or more times per week had a 20% less chance of dying from any cause relative to those who did not consume any nuts.

In addition, those who consumed the highest amounts of nuts were also less likely to die from specific illnesses like heart disease, cancer, and lung infections contrasted to those who did not eat any nuts.This study also indicated that those subjects who had the highest nut consumption were less likely to gain weight.

Although this study is quite interesting, there a few strengths and weaknesses associated to it. The strengths include a large sample size, long follow up, reasonably good compliance, dietary data, statistical controlling, and experimental results which are in agreement with other data sets.

The weaknesses are that this is an observational study and cannot prove cause and effect relationships and the sample participants were all in the health care field so they represented a certain demographic of the population and so the results may not be generalizable.

My thoughts are that this study is one of the best types of observational studies that you will ever find. No observational study is perfect but this one comes quite close in many ways. The great thing about the results of this study is that it does agree with previous work regarding the influence of nut consumption upon human health: that the health benefits of nuts can actually including helping us live longer!

Nuts are high in omega-9 fats and also contain fiber and chemicals which can decrease free radical generation. Nut consumption is associated with better weight control, blood pressure, cholesterol, blood sugar, insulin secretion and inflammation. All of these factors can influence the risk of death from most of the common causes.

I recommend consuming at least 30 grams of raw, unsalted nuts every day.