Home > Advice > Can This Diet Overrule Your Genes? 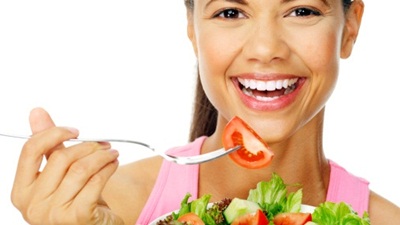 In the last decade, DNA technology has enabled researchers to better understand the link between various human gene mutations and the development of specific diseases. But a new study from Tufts University researchers has found that your diet can actually alter your genes and your risk for certain diseases.

The study, published in Diabetes Care, evaluated the relationship between the consumption of a Mediterranean-style diet and the risk of stroke and type 2 diabetes in people who already carried a specific gene for these diseases. Researchers evaluated participants who had these disease-carrying genes, TCF7L2-rs and 7903146, and measured the effects of a diet consisting mainly of vegetables, fruits, whole grains, nuts, olive oil, fish, and avocado.

That means that even people who had a gene which put them more at risk for developing stroke or diabetes, being on a Mediterranean diet reduced their chances for stroke or diabetes, and made them have the same risk as anyone else who doesn’t have that disease gene.

This study looked at 8,018 adults and assessed the effects of the Mediterranean diet for the prevention of cardiovascular disease and stroke on people who had type 2 diabetes or had at least three cardiovascular risk factors: smoking, high blood pressure, and high LDL cholesterol. Fourteen percent of the subjects had both genes that were associated with the increased health risks.

In the low fat control group, the subjects who carried both genes had a risk of stroke which was three times greater than subjects who had less of a genetic risk profile!

In my opinion, this study shows that diet and lifestyle dynamics can negate genetic predispositions to certain chronic, life-threatening diseases. The control of blood sugar levels, insulin secretion, and improved insulin sensitivity is associated with the regular consumption of a Mediterranean diet. This diet keeps the levels of inflammation low and decreases blood pressure, blood cholesterol, and blood clotting tendencies. It improves endothelial function inside the artery walls and helps to prevent the pathology behind stroke development and atherosclerosis. Despite genetic predisposition, diet and lifestyle changes can, at times, completely negate the associated risks that these gene mutations bring!