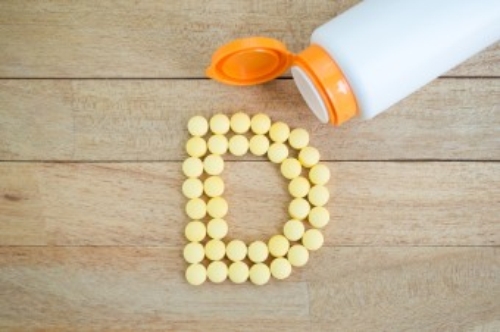 You’re probably used to hearing a lot about the integral role vitamin D plays in bone health but vitamin D may be more critical than you think. Having proper vitamin D levels has been linked to helping—and perhaps even preventing—five serious diseases. So while you’re taking care of your bones to prevent osteoporosis and other bone diseases, here is a list of five other diseases that vitamin D also fights.

5 Health Benefits of Vitamin D in Your Diet

Vitamin D has been shown to inhibit the cellular growth of tumors, specifically some of the sex hormones. Therefore, getting enough vitamin D may decrease the risk of prostate or breast cancer. Through its role in several mechanisms, vitamin D may promote the death of cancer cells and prevent tumors from invading the body and metastasizing.

A double blinded-randomized control trial, which followed over 100 postmenopausal women for four years, found that supplementing with 1,400-1,500 mg of calcium a day and 1,100 IU of vitamin D3 reduced the relative risk of cancer by almost 60%.

Another one of the benefits of vitamin D applies to cardiovascular health. Many epidemiological studies have found significant inverse associations between vitamin D status and cardiovascular risks.

Since vitamin D is a fat-soluble vitamin, it is stored in fat cells.  Obesity has been shown to interfere with vitamin D status, due to the way vitamin D is stored within the excess fat tissues; reduced outdoor exercise may play a role in the decreased vitamin D exposure in people with obesity. To prevent diseases such as these, make sure you’re getting enough vitamin D.

Our body has a way of regulating the levels of calcium and vitamin D in our bloodstream. When levels become sub-par, parathyroid hormone may be released to help balance out the effect.

New studies are researching if vitamin D can prevent diseases like diabetes. A meta-analysis found an inverse relationship with vitamin D levels and a 43% decreased risk of developing type 2 diabetes.

A prospective study of more than 83,000 women found that when taking 1,200 mg/day of calcium and 800 IU/day of vitamin D supplementation, there was a 33% decreased risk of type 2 diabetes compared to those only consuming a maximum 600 mg/day of calcium and less than 400 IU/day of vitamin D. Several studies show a clear relationship between higher vitamin D levels and a decreased risk of developing type 2 diabetes.

Another reason why higher vitamin D levels can impact your risk of developing diseases like diabetes is because vitamin D receptors are located within the b-cells in the pancreas. These cells are responsible for producing insulin and therefore vitamin D may play a role in stimulating insulin secretion. Vitamin D may also improve insulin sensitivity.

When evaluating both dietary intake and sun exposure, people in the highest quartile of vitamin D levels had half the incidence of Crohn’s disease compared to those in the lowest quartiles. Lower levels of vitamin D have been associated with increases in disease activity and increases in inflammation leading to lower quality of life.

More research needs to be done to determine exactly vitamin D’s ability to prevent diseases like these ones, but the current research is already promising.

As you can see, vitamin D plays a more prominent role in your health than you may have realized. It is important to be getting at least 600 IU per day for those up to 70 years of age and at least 800 IU per day for those over the age of 70 (the upper limit is 4,000 IU/day). You can reap the benefits of vitamin D by getting it from your diet. Good dietary sources include fortified beverages (milk and juices) and fatty fish.

Are you getting enough vitamin D each day?