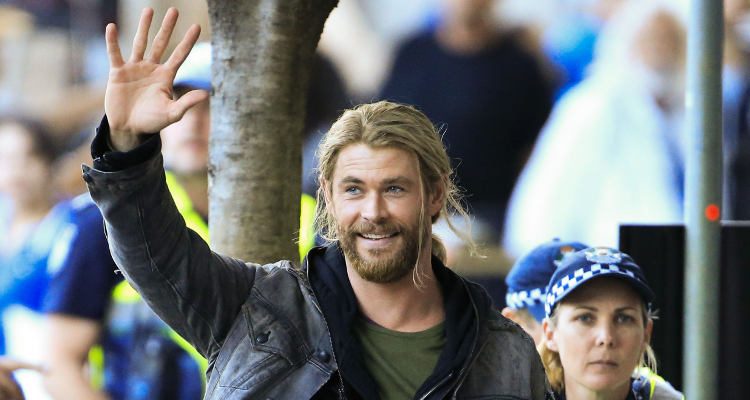 Chris Hemsworth is set to reprise his role as Thor in Thor: Ragnarok. The movie is scheduled to be released in 2017.

Well, rather than his excitement, it was his muscles that grabbed all the attention. Hemsworth was the star of the Australian Football League’s 2014 Everything’s Possible campaign.

Getting Hemsworth’s mass of muscles is not an easy task. If you want to emulate the actor, you surely need to work hard.

Hemsworth spent a lot of time in the gym—nearly an hour or two a day—to attain his new look. He did a lot of functional training, which included circuits and bodyweight exercises. His functional strength exercises include chin-ups, pull-ups, box jumps, and even CrossFit.

He works with kettlebells, which is a combination of cardio and weightlifting, and is great for building strength. His favorite workouts include squats, bench press, shoulder press, deadlifts, and surfing as well.

Here is a sample of Hemsworth’s diet plan.

Lunch: Three chicken breasts, a cup of brown rice, a cup of beans, and a glass of fat free milk.

Track your calorie intake and the amount of protein, carbs, and fats you include in your diet. Eat a specific number of calories each day, and workout each day for approximately one hour. Have an 80:20 diet ratio—where you eat nutrient dense food 80% of the time and enjoy cheat days for 20%.