Home > Food News > Coffee and Cancer: A Downgraded (But Not Refuted) Risk 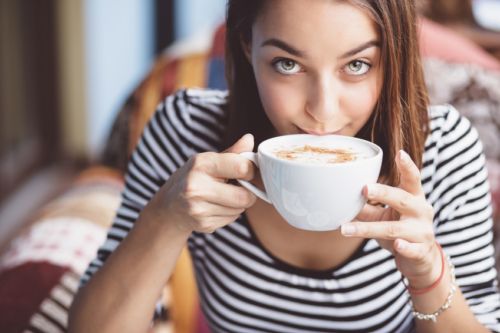 For those who haven’t heard, the International Agency for Research on Cancer (IARC), a branch of the World Health Organization, has announced that it is downgrading coffee from “possibly carcinogenic” to “not classifiable as to its carcinogenicity to humans”.

At the same time, however, the IARC has also listed drinking extremely hot beverages as “probably carcinogenic to humans”, which may confuse matters. Understanding how this came about, and what it means for the average coffee or tea drinker, means understanding how carcinogenic classifications work.

An Extremely Brief History of Coffee and Cancer

The IARC classified coffee as a Group 2B (possibly carcinogenic) about 25 years ago. At this time, the evidence available suggested a potential link between coffee consumption and bladder cancer. In the following two-and-a-half decades or so, more specific and rigorous research has been done on the connections between coffee and various types of cancer. In light of this expanded body of knowledge, the IARC re-evaluated what the evidence now showed.

What they found is that the preponderance of evidence is that coffee is unlikely to cause cancers of the breast, prostate, and pancreas, and that it may reduce risk of liver and uterine cancer. However, for other 20 other types of cancer, the evidence was not enough to make any conclusion. Based on all of this, coffee was downgraded to the Group 3 (not classifiable) list.

Studies of various hot drinks were also looked over by the IARC. They noted that there appears to be some evidence of increased esophageal cancer when people drink beverages at temperatures of 65 C or higher. In light of this, very hot beverages were listed as a “probable” carcinogen (Group 2A). This listing only means that there is a credible relationship between very hot beverages and cancer and makes no ruling on likelihood of cancer or how many drinks would need to be consumed.

It is difficult for science to prove a negative. The best it can say in most cases is that, based on the most rigorous and reliable research currently available, a connection does not seem likely. This is sort of like how a “not guilty” verdict in a criminal trial doesn’t necessarily mean the accused was innocent, only that the prosecution could not prove the charges beyond reasonable doubt. In other words, coffee’s new Group 3 listing does not mean that it cannot cause cancer. It only means that the existing scientific data does not allow a conclusion to be reached about coffee’s connection to cancer.

Similarly, it is important to remember the distinction between a “risk” and a “hazard”. In science, a “risk” is how likely something is to occur. A “hazard” is the capability for something to occur. Carcinogen groups are based on the evidence for hazard and do not make judgments on risk. For instance, cooked meat is a Group 1 carcinogen, alongside smoking and radiation, since the evidence for hazard is quite strong despite the fact that the level of risk between these three varies spectacularly.

Incidentally, the fact that the classification of coffee was changed does not mean that the IARC “got it wrong” 25 years ago. It was a decision made based on the available evidence at the time and, like anything else in science, new evidence can allow for a re-evaluation and adjustment.