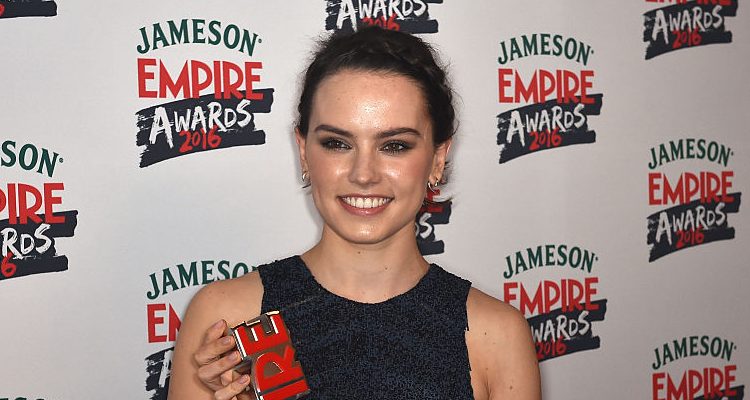 The British-born actress shared that she tries blending circuit training and weight lifting in her workouts for the upcoming film. Ridley has revealed in a post on Instagram that she battled endometriosis and polycystic ovaries, and reassured her fans that she was back in good health and on an extreme workout regimen.

Ridley’s athletic body is a result of focused workouts and dieting. Read on to see how Ridley trained like a Jedi.

The 24-year-old actress needed to look athletic for her Jedi role in Star Wars: The Force Awakens. To achieve this, she focused on her workouts, which included a combination of resistance training, fighting, and plyometric cardio.

Over months of working out, Ridley increased her strength . This YouTube clip of Ridley dead-lifting reveals how the star worked on her strength.

Ridley has been prepping like a fighter with a grueling schedule of stunt training. In addition to stunt training, she includes kick boxing, rope work, and climbing in her workout. Plyometrics is great for functional fitness, and helps to shed body fat and get super lean. Ridley completed three plyo sessions aweek (typically on Monday, Wednesday, and Friday). This included box jumps, lateral jumps, jack squats, and power jumps.

Ridley performed nearly 20 reps of each as a part of her circuit training, repeating it three times. For her Jedi role, she needed her core tight and strong. So, she worked out on her core three times per week, with roll ups and ball passes.

The brunette beauty shared that she hated running, but has developed a liking for it. She also revealed that her workouts change often. She credited her trainer for making exercises enjoyable.

The actress believes in balancing out her workouts with a diet plan focused on nutrition. She had the goal of achieving a lean and muscular physique for her Jedi role. To achieve this, she focused on a protein based paleo-type diet with low processed carbs and plenty of fiber.

She focused on a few rules that helped her achieve her diet goals. This meant eating frequently and having smaller portions. Ridley ate five times per day, with her last meal of the day being the lightest. Ridley would eat her largest meal in the morning, and then progressively decrease the size of her meals throughout the day. The star’s diet included lean proteins, vegetables, fruits, and healthy fats. Being fond of avocado and nuts, she used them to stave off her sugar cravings.

She revealed on Instagram that her health woes had affected her confidence. The Brit star also told her fans that she underwent a series of tests that led her to partially cutting out dairy and sugar from her diet. Ridley consumed two to three liters of water every day and ate a lot of fish and spirulina while prepping for the film.

Ridley’s intense workout and diet plan is inspiring. Fitness fans can surely learn a lot from her dedicated approach to fitness.