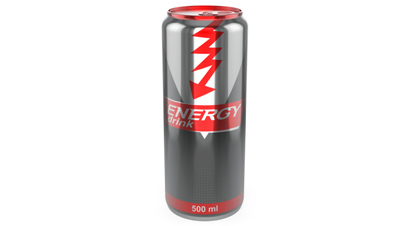 For me, coffee was everyone’s go to wake up tool when we needed to pull an all-nighter or get through a long stretch of classes. However, times have changed and high-octane energy drinks have replaced coffee with sales from the multi-billion dollar industry growing every year and over 500 different brands available worldwide.

Yet while they clearly provide more of a kick than coffee, a group of radiologists recently determined that consumption of energy drinks can lead to increased heart contraction rates.

According to a study presented earlier this month at the annual meeting of the Radiological Society of North America, there’s even more reasons to be concerned about the adverse effects these drinks can possess. Jonas Dörner, MD, reported that having just one energy drink significantly increased the heart rate in otherwise healthy adults.

To assess the effects on the heart, Dr. Dörner and the team from the University Hospital Bonn in Germany used cardiac magnetic resonance imaging (MRI) on the hearts of 18 people, an hour after they had an energy drink containing caffeine and taurine.

What they found was that within an hour of drinking the energy drink, there were stronger heart contractions, especially in the left ventricle, which is responsible for pumping blood around the body.

To try and assess which component of the energy drinks was responsible for the changes, they took 10 of the patients and looked for changes in the heart brought on solely by caffeine. However, caffeine alone didn’t produce the same effects.

What they concluded was that the effects of the energy drink may be caused by the taurine, or the combination of taurine and caffeine.

Earlier this year, researchers, physicians, and public health officials, advised the government to put a limit on the amount of caffeine in today’s popular energy drinks.

This recent outcry stems from a report released earlier this year from the Substance Abuse and Mental Health Services Administration showing the alarming increase in trips to the emergency room linked to energy drinks, which virtually doubled from 2007 to 2011, with those over the age of 40 showing a staggering 279% increase in energy drink related emergency room visits.

The caffeine levels in popular brands such as “Monster,” “Red Bull,” and “Rockstar” is as much as 242 milligrams per serving. To put that into perspective, a 236.5 ml (eight ounce) cup of coffee has about 100 milligrams.

Even the FDA is looking seriously into the safety of energy drinks after receiving numerous reports of five fatalities and a heart attack that were possibly connected to the high caffeine energy drinks.

So while the study is ongoing and the long term effects of energy drink consumption are not known, researchers and medical professionals caution that children and those who suffer from arrhythmias should avoid energy drinks, as increasing the contractility of the heart may trigger dangerous irregular heart rhythms.