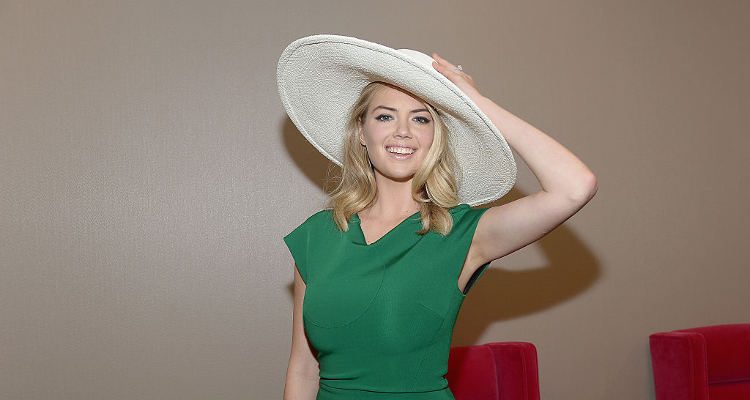 Model Kate Upton is best known as a cover model for Vogue, Cosmopolitan, and the 2012 and 2013 editions of the Sports Illustrated Swimsuit Issue. The 24-year-old Upton and fiancée and Detroit Tigers starting pitcher, Justin Verlander, recently purchased a Beverly Hills house worth $5.475 million.

Verlander, 33, and Upton continued to celebrate the purchase with a romantic dinner in a Los Angeles restaurant called Craig’s on Monday, Dec. 5. Upton wore a white button-down shirt that featured a pearl studded embellishment on the collar. She also wore black skinny jeans with a dark grey coat, and black heels with a metallic silver Louis Vuitton purse.

Kate Upton and Justin Verlander announced their engagement in May, and now the couple have purchased musician Kenny G’s former Beverly Hills mansion. The 5,000-square foot house features five bedrooms and six bathrooms, with a luxury kitchen and extravagant living areas. It also has a swimming pool, tennis court, and a hot tub.

There is no doubt that Kate Upton will make use of the tennis court and swimming pool. Upton, like fiancée Verlander, is very healthy and has a strict fitness routine. Let’s take a brief look at the exercise and diet plan that help keep the blonde beauty fit and healthy.

What is Kate Upton’s Workout Plan?

Kate Upton works with personal trainer Ben Bruno for one to two hours, five times a week. According to Bruno, Upton works harder than many of his other clients. Upton’s workout routine includes strength training with weights, and cardio circuit training. Her exercise program focuses on her full body, rather than specific body parts like legs, arms, or shoulders.

Upton’s exercises include a combination of sled pulls, rows, lunges, hip thrusts, crawling, and dead lifts. Although many women avoid strength training due to the fear of bulking up, Kate Upton’s strength training routine allows her to increase her strength while tightening up her physique.

Upton is always improving her exercise routine. For example, she pulled about 180 pounds the first time she did a sled pull, and now she pulls 500 pounds. Also, she could only deadlift a 20-pound kettlebell at first, and now she’s up to about 200 pounds.

In the past, trainer David Kirsch worked with Upton to create an intense circuit-training program that focused on toning, butt, core, and thigh shaping exercises. The workout routine includes equipment like stability balls and resistance bands, and exercises like lateral lunges and boxing. Upton has also worked with Justin Gelband. For this routine, Upton would warm-up with the treadmill, and then shift to kickboxing, skipping rope, and weightlifting.

Kate Upton always has a good attitude about her health program, and she complements her exercise plan with a very healthy diet. Her trainer Bruno believes that nutrition plays a huge part with training programs. For instance, Upton consumes lean protein at every meal, and opts for a delivery service where she will eat four to six ounces of protein like chicken or turkey meatballs, along with veggies.

Upton has also reduced processed foods and added sugar from her diet, although from time to time she enjoys a donut. Upton’s diet is naturally gluten-free, based on what she consumes on an everyday basis. Breakfast for Upton may include green tea, and scrambled eggs with spinach.

Upton has transformed her modeling career into a successful acting career. In the past, she appeared in Tower Heist (2011), The Three Stooges (2012), and The Other Woman (2014). Upton will also appear in upcoming comedies Wild Man and The Layover, and James Franco’s dramatic comedy The Masterpiece.