Home > Food News > Is Your Water Safe? Not if it Contains Fluoride 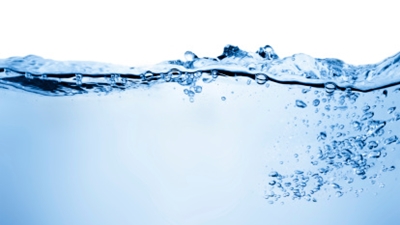 Your diet consists of fresh and organic fruits and vegetables. You also drink the recommended eight to 10 glasses of water a day. As far as you know, everything you are putting into your body is perfectly healthy. That may be true; however, have you ever stopped to think about the water you are drinking? Is it filtered water or tap water? Are you becoming susceptible to fluoride dangers?

Water is the primary beverage that your body needs, and water safety is very important.

If tap water is your water source, you may want to reconsider. Fluoride is created from fluorine, which is considered a poisonous gas. Fluoride has been added to drinking water and toothpaste because it has been shown to prevent tooth decay by enhancing mineralization in your teeth; however, controversy surrounds water fluoridation with ethical, moral, and political concerns about fluoride dangers. Is fluoride in water a real issue or should the concern just be swallowed and ignored?

Fluoride in water is a controversial subject. In 2012, approximately 70% of the public U.S. water supply was exposed to fluoride. In Japan and for 97% of the western European population, fluoridated water is not consumed. Do they have it right when it comes to avoiding fluoride in water?

According to a 2010 study published in the Journal of the American Dental Association, one of the fluoride dangers is that fluoride is considered harmful for your teeth.

The study found that infants who were fed formula from fluoridated water had an increased risk of dental enamel fluorosis, which is caused by overexposure to fluoride.

Some other fluoride dangers include interfering with teeth formation, permanent discoloration, and causing your teeth to crumble.

If you drink fluoridated water, you are also being forced to take medicine without your consent. Fluoride is actually considered a drug by the U.S. Food and Drug Administration (FDA) because it is used for disease prevention. Instead of looking at the cause of tooth decay, policymakers simply added fluoride to water. Is this dangerous?

There are many causes of tooth decay and the lack of fluoride in water is not one of them. The demineralization of your teeth by acids from bacterial fermentation of dietary sugars is the central cause of dental caries. Eating lots of processed foods, refined sugar, and sugary soft drinks can cause tooth decay.

Poor dental hygiene, mineral deficiencies like magnesium, and the use of various medications are also causes of tooth decay.

Even if you still think you benefit from fluoride in water, here are a few additional fluoride dangers:

How to Avoid Fluoride in Water

The fluoride business earns approximately $10.0 billion a year so it won’t be easy to stop getting fluoride added to water, despite the known fluoride dangers. Here are a few things you can do to avoid fluoride in water (and fluoride in general):

For many people, fluoride in water is a very big concern. Studies also show several other fluoride dangers such as increased lead absorption, arthritis, collagen production disruption, bone cancer (osteosarcoma), genetic damages, cell death, immune system disruptions, increased sperm damage and infertility, osteoporosis, and dementia. Do your best to pay attention to water safety and avoid tap water. There are definitely safer alternatives than putting yourself at risk for these fluoride dangers.