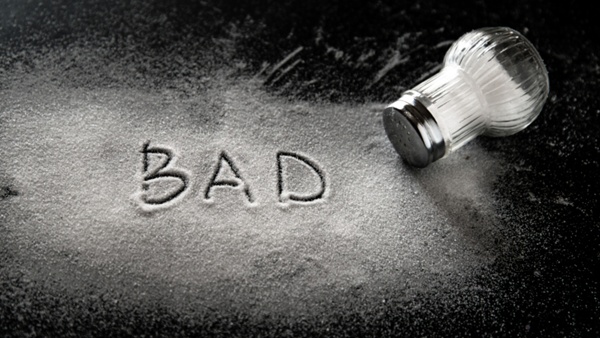 Definitely one of my top cravings is for something sinfully salty. Pretzels, potato chips and French fries, oh my! Flavoring food with salt is easy, cheap and addictive! You’ve likely heard that chowing down on salty snacks isn’t exactly a prescription for good health, but that knowledge won’t curb those cravings. This might, however.

In fact, many people with high blood pressure crave salty foods, researchers say. One study from the University of Sao Paolo in Brazil divided 118 people into four groups, keeping in mind age, physical health and prior history of blood pressure problems. The groups without high blood pressure were considered healthy. Each participant was given the option of various French breads—lightly salty, medium salty and highly salty.

The young, healthy group chose the lightly salted bread, while the older healthy group went for the medium salted bread. Both high blood pressure groups opted for the highly salty bread. Two weeks later, the second stage of the study provided the same bread options, with added oregano. In each instance, the group’s original choices changed to a less salty bread option. The study team concluded that seasoning your food with oregano can help conquer salty cravings. Great news for those who feel they are consuming too much salt and have blood pressure problems!

I am a strong believer that we want what we can’t have. We crave the foods that cause us health problems! I had a sensitivity test, and learned that I was sensitive to some of my favorite foods—coconut oil, broccoli and lentils. It’s not surprising that the groups in the study would crave their own personal poison, salt, because it’s so addictive.

In this case, researchers chose bread as a test food for the blood pressure study. An interesting side note is that according to a 2012 report from the United States Centers for Disease Control and Prevention (CDC), bread and rolls are among the major contributors of salt for the average person.

Bread is a staple, bread is salty and many Americans have high blood pressure. I certainly see a correlation. Like most preliminary studies, more research is needed; however, it is clear to me that processed high-sodium foods should be avoided.

What are the alternatives to salt to give you that pleasant tang? Besides oregano and other spices, lemon juice can also work in food preparation. Kelp is a sea vegetable commonly used as a food seasoning and contains a fraction of the sodium that regular table salt does. Unrefined and pure salts can be better choices, too. But remember, the average person requires between 1,500 and 2,300 mg of sodium per day. The average American consumes 3,400 mg, according to the American Diabetes Association.

Should I Totally Avoid Salt?

Not a chance. Many people consider salt to be the culprit and a main cause of high blood pressure and heart disease. But when you consume the right kind of salt, in moderation, it can be beneficial to your health. Salt is essential because it contains sodium and chloride, which the body doesn’t produce on its own.

If that salt craving is just too overwhelming, it will help you to know that moderation (strict moderation) is imperative to keeping your blood pressure in check and your body in tip-top shape for years to come.