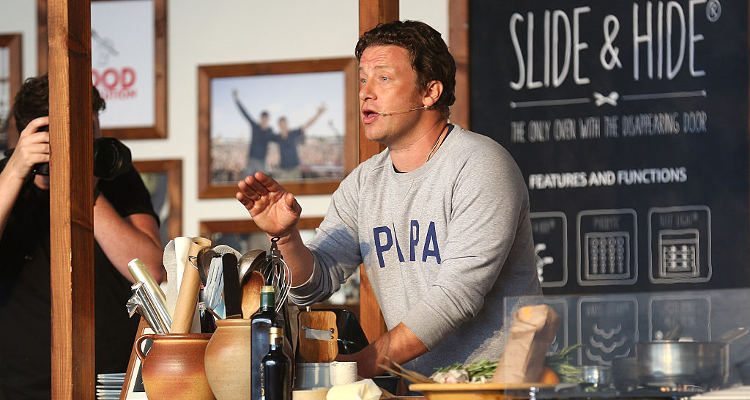 Here’s one such English delicacy, mussels. Jamie Oliver shows us three different and quick ways of eating this tasty seafood. Mussels take only four minutes to cook, so they rank high on the ultimate fast food list.

First, prepare the arrabbiata sauce. Put a medium-sized saucepot on medium heat. Add a couple of tablespoons of olive oil. When the oil heats up, add the thinly sliced chilies, followed by pieces of garlic cloves.

Next, add a sprig of rosemary and some lemon zest. Add the fresh mussels when the garlic looks brown and fragrant. Sprinkle some white wine. Then goes the juicy tomatoes. Squish them really well so that the juice comes out. Mix the mussel and the ingredients nicely. Turn up the heat and let it cook for four minutes.

After four minutes, check the mussels. If they have sprung open, then that means they have cooked well.

A nice bowl of Angry Mussels: If you are too hungry and can’t wait, or are feeling a bit lazy after cooking the angry mussels, then you can have them as they are. This dish can hold it’s own as well.

Angry Mussels with spaghetti: While angry mussels take their sweet time to cook, boil some water with a pinch of salt and soak the spaghetti in it.

Take spaghetti out when it’s slightly undercooked. Serve it in a bowl with angry mussels on top and a touch of olive oil. Add extra broth.

Angry Mussels with crostini: Cut a slice of bread from a loaf and let it toast on a griddle pan. When it has toasted well, rub a sliced piece of garlic over it and around the crust. Serve the crostini with a bowl of angry mussels.