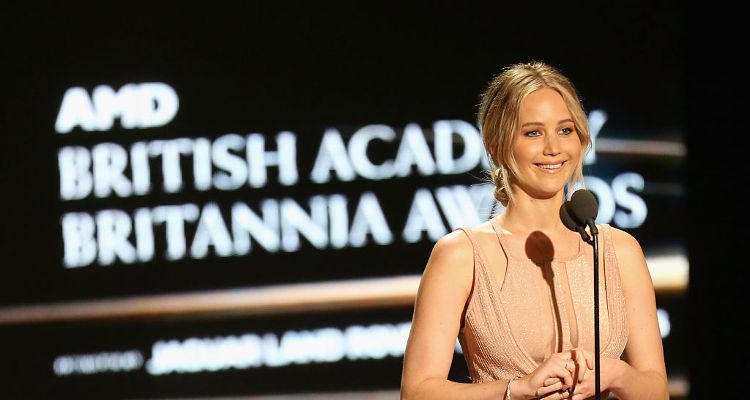 Has Jennifer Lawrence, star of Passengers, found love? It seems Lawrence has been snuggling up with 47-year old director Darren Aronofsky as of late. So far, the couple has been snapped by paparazzi a few times exchanging kisses, and there have been reports of Lawrence visiting Aronofsky’s sick father in hospital and meeting his 10-year old son.

The fit actress seems to be happy with her relationship, and although neither person has officially confirmed the relationship, the pictures don’t really lie.

Lawrence has had a busy last couple of years starring in movie after movie, so in order to look her best, she not only eats a balanced diet but also adheres to a portion-controlled diet to maintain her figure.

Lawrence works with trainer Dalton Wong in order to stay in shape; they’ve been working together for the past five years since filming X-Men: First Class. Wong taught Lawrence some very valuable lessons to fulfill the movie role—some of which she still sticks with today. Lawrence wrote a forward for Wong’s book that reads, “He changed my body for that movie but gave me the skills to change my life. We remain good friends; when I’m in London I love to train in his gym, then afterwards we go out for burgers and fries with his family. It’s all about balance.”

So what secrets did Wong use to get Lawrence in shape? For starters, he admitted that Lawrence stayed well hydrated. But Lawrence didn’t drink just regular water; she actually drank salt water with some lemon or coconut water to ensure she remained hydrated.

Another big part of Lawrence’s fitness regime was a portion-controlled diet. Lawrence is known to enjoy pizza and mac and cheese, and although Wong didn’t eliminate these foods from Lawrence’s diet, he made sure she enjoyed them in proper portions and in moderation.

Another secret was proper sleep. He said in Cosmopolitan magazine, “I’ve always told her that when you’re traveling and you arrive somewhere and you’re really fatigued, have a power nap. Relax. Let your body recharge. Try not to burn the candle at both ends.”

As for Lawrence’s fitness, it was all about enjoying exercise. Wong found exercises and activities that Lawrence was passionate about so she would enjoy doing them. Her workouts were varied between sports and gym exercises to keep things enjoyable and so that she wouldn’t be bored all the while still achieving results.

Another big secret that many of you would enjoy is that Lawrence actually ate chocolate. Wong allowed Lawrence to enjoy 75 percent dark chocolate on occasion. He suggests that it’s better to have something you crave in small amounts and in a healthy way than to deprive yourself and thus crave a larger portion of something unhealthy.

Lastly, Wong worked with Lawrence to show her what kind of alcoholic beverages she could consume that wouldn’t hurt her diet. For example, if she wanted champagne, she should have an Ultra Brut, which means no sugar added. For wine, it must be organic, and micro-brewed beer has less toxic additives than conventional beer.

You can work some of Dalton Wong’s secrets that continue to keep Jennifer Lawrence in great shape into your own diet and workout routine. The principles are quite simple and don’t leave you feeling deprived.

Jung, H., “9 Things Jennifer Lawrence did to get the body she has now,” Cosmopolitan web site, http://www.cosmopolitan.com/health-fitness/news/a54704/jennifer-lawrence-trainer-dalton-wong/, last accessed November 8, 2016.