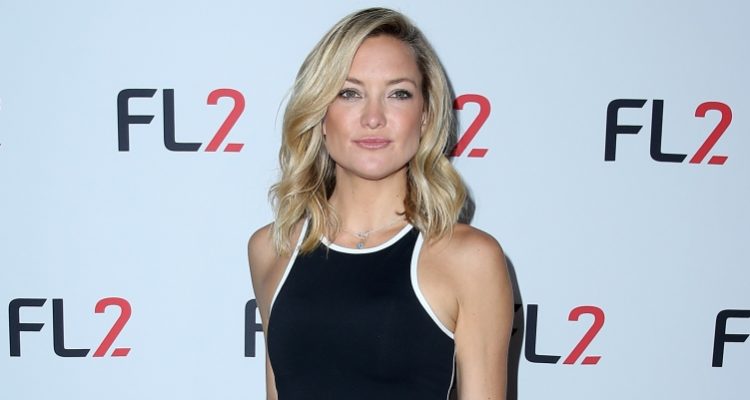 Looking at her svelte figure it is hard to believe that Kate Hudson once weighed 150 lbs while she was pregnant with her first child! On Wednesday’s episode of  Chelsea, Goldie Hawn’s daughter said that she actually enjoyed the weight gain that came along with her first pregnancy. “I loved it too — I relished in that moment of my [life],” she says.

During her second pregnancy she weighed around 200 lbs! She recalls, “Even my doctor was like, ‘You know, you should try not to eat so much.’” After the birth of her second child, her conscience got the best of her and she was desperate to lose weight. She said, “And it was actually emotional ’cause I couldn’t lose the weight. You plateau. Anybody who’s had that moment in their life, it just sucks.”

She decided to adopt a healthy lifestyle to get back into shape, and it really helped! Read on to know how the star trimmed down.

Hudson told Self that she likes to switch up her exercises. She said, “I’ll do Tracy Anderson, I’ll do Body by Simone, I do everything. I change my routine. I change my look. I change my mind.” She loves Pilates more than any other exercise as she feels she is in the best shape of her life because of it.

She loves outdoor workouts as well and believes our body constantly adapts as it moves. Even if she is moving all day, going for a run or a spin, the moment she gets on a reformer or Cadillac, her body instantly bounces back.

A shoot or being stuck in a hotel room doesn’t stop her from working out. She tries to engage herself in minimal workouts at such times. For example, she will do push-ups for a span for five minutes or so.

Hudson doesn’t do any fad dieting or is overly concerned about what she puts in her body. She does ensure, however, that she consumes unprocessed and plant-based foods rather than junk. She prefers eating five small meals a day which helps to boost her metabolism.

Her day starts with a cup of coffee or green juice, and that’s all she has for breakfast. She says she is not one to wake up hungry, so she avoids eating after getting up. Breakfast makes her feel full so she ends up eating less during the day.

After the liquid breakfast, she has a post-workout protein shake. Her lunch is also light and usually consumes a salad. She opts for fresh fruits, nuts or grilled veggies when she is hungry in-between meals.

She doesn’t believe in restrictions and succumbs to indulgences. She treats herself to some unhealthy foods once a week.

Getting in shape never sounded so simple before. It’s definitely worth a try!