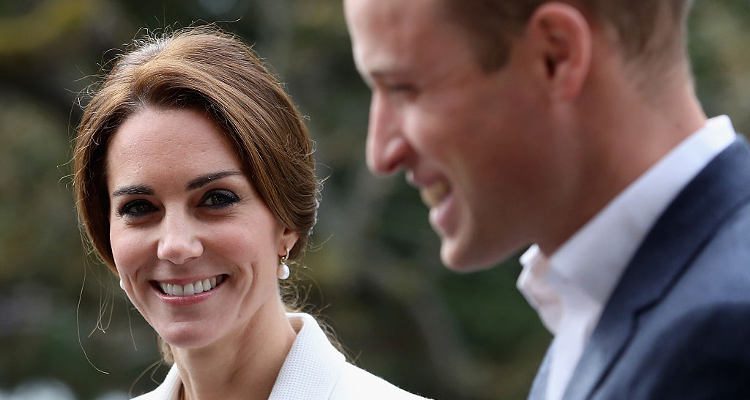 The Duchess of Cambridge, Kate Middleton, looked amazing during her tour of Canada alongside husband Prince William. During their royal tour, Middleton showed off her slim figure with 14 outfit changes. There was speculation that Middleton may be pregnant for the third time, but after her appearance in Canada, all bets are off as Middleton is looking fitter than ever.

So what does it take to keep a member of the royal family looking slim and fit, especially after two fairly close pregnancies? Well, it’s been said that Middleton does planks, CrossFit, swimming, tennis, and aerobic exercise.

Middleton isn’t afraid to show off her figure, and that is quite obvious when you look at the many well-fitted outfits she wears. There’s no doubt that Middleton is a stunning woman, but how does she do it when she is caring for two children and constantly on the go?

Back in William and Kate’s courtship days, Middleton was actually curvier, but sources have revealed that since marrying, she has dropped two dress sizes—although she didn’t need to by any means.

Middleton has always been the sporty type, especially alongside sister Pippa. Sources have said that Middleton is actually an exercise junkie, and that Kate’s own mother is well-kept and fit in her 60s—she must have gotten it from her momma.

Middleton’s biggest secret is the plank—where you engage your core while in a horizontal position being held up either on your hands or forearms. It’s been said that Middleton not only performs the basic plank, but side planks and prone sky dive planks. She holds these positions for at least 45 seconds and completes them at least 10 times each.

Middleton also practices the largely popular CrossFit, which combines weight training with resistance, running, and squats: lots and lots of squats. It’s been said that Middleton has managed to reach near army level in her CrossFit practice, which could explain her super-toned arms.

Unlike many other famous people, Middleton does not use a personal trainer and she compliments her planks and CrossFit with swimming, tennis, and aerobic exercises. But how does a royal have time for all that exercise? Well, she incorporates the children, that’s how. Apparently, little George finds it amusing when she performs some of her routines.

Middleton has shown that you can really have it all, from balancing her royal obligations to raising children. Kate Middleton continues to look stunning no matter what she does.