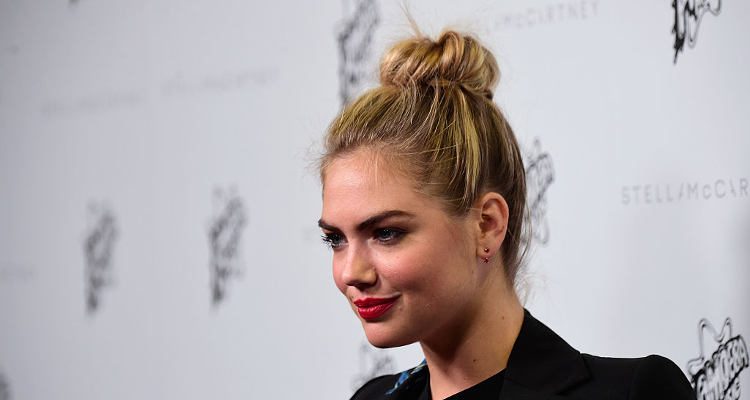 Kate Upton’s trainer Ben Bruno credits strength training for Upton’s enviable figure. Don’t believe us? Check out some of Bruno’s Instagram posts of Upton bear-crawling with heavy weights being dragged behind her and performing deadlifts.

She even managed to lift up heavy weights while balancing on one foot! Upton really channels her inner beast mode when she trains with Bruno.

Upton has come a long way since she first hit the scene six years ago, and she is one of the hottest women in Hollywood today. But what are some of her secrets?

The first thing Upton did to begin her fitness journey was to become committed. When she first teamed up with Bruno, she declared that she wanted to be the fittest she’s ever been, and she pushes herself and sticks to her commitment for her fit life.

One of the biggest parts of her routine is strength training, and it’s quite obvious from Bruno’s Instagram posts that Upton can surely lift. For five days a week, Upton performs circuit-style strength training and targets numerous muscle groups, not just one.

Cardio is also incorporated into these circuits. Bruno does this rather than have her run solely on the treadmill because he believes this is how she can obtain the body she wants.

All killer workouts must be complimented by a clean, healthy diet. Upton is mainly on a protein diet and is generally eating well, as opposed to going on a fad, temporary diet. The type of protein that Upton eats is lean and is found in all of her meals. Upton always has at least four to six ounces of protein with all of her meal.

When it comes to processed and sugary foods, that’s a definite no-no for Upton. Bruno suggests the biggest problem for many is their intake of sugar and processed foods. By simply eliminating those types of foods, results can be seen immediately.

Although Upton may seem super-human, trust us, she is not. She does indulge every now and then with some alcohol and some treats. Bruno doesn’t want Upton to feel like she is on a type of diet where she is restricted, so they don’t designate Upton’s cheat meals. Because she works out so hard, Upton can really get away with having a treat whenever she pleases, but she’s too self-motivated to have such a slip up.

As you can see, Kate Upton has come a long way in her fitness journey. By working alongside Ben Bruno, she has managed to achieve a total body transformation.