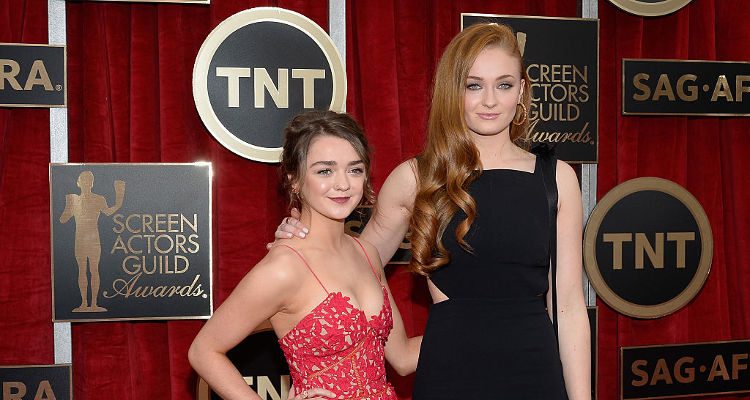 Game of Thrones stars Sophie Turner and Maisie Williams Instagrammed their matching Halloween costumes. The actresses Instagrammed another pic where they looked sizzling.

Sophie Turner plays Sansa Stark on Game of Thrones, while Maisie Williams made her professional acting debut as Arya Stark on the same series.

In Game of Thrones season 7, Sansa evolves from a damsel in distress to a super woman and reclaimed her—and her family’s—rightful place in the North.

?everyone loves a hash brownie?

I'll remember this noooorrrrty weekend for the rest of my life

Turner did not exercise initially, but for her role in X-Men she worked hard to get an athletic look. She made sure she could easily slip into the costume and worked out for 60 minutes, six times a week. “I never think of my days as long,” Turner told Self. “I’d be in makeup from 5 a.m. until 7 a.m. But it was much crazier for the people who were blue!”

Her exercise routine begins with running. She works out on her whole body and does hill sprints, kettle bells, resistance bands, and burpees. She loves outdoor workouts because they don’t give her the feeling of dread that comes with working out.

Awhile back, Turner avoided breakfast and didn’t eat very healthy. She now relies on a low-carb, Paleo-style diet that includes lots of proteins and healthy fats with every meal. It is also referred to as the caveman diet, and it encourages eating fruit, vegetables, meat, fish, and excludes dairy, grains, and processed foods.

Turner eats lots of fibrous fruits and fresh green veggies. She also eats starchy veggies such as sweet potatoes. Turner is happy with her changed lifestyle and told Self, “I’ve really embraced healthy eating,” she says. “It makes you feel a lot better and more energetic. I’m inspired to get up and out.”

Apart from the visible physical differences, there are other positive changes that she loves. “Exercise has made me feel more positive about my body, less self-conscious,” she says. “I don’t know if I look any different, but I feel stronger, and I can do more, which is such a good feeling. It’s so liberating.”

Maisie Williams workout and diet routine are not known, but the star looks amazing, so whatever she is doing is working for her. In a Reddit question and answer session, she did reveal that she loves to dance.

She loves jazz because it suits everyone, and the shape and size of your legs doesn’t matter. Williams, having danced since she was younger, knows various dance forms such as ballet, freestyle, pointe, street, and tap.

She loves savory meat pies, tea, and coffee, and prefers to sip it without adding milk.