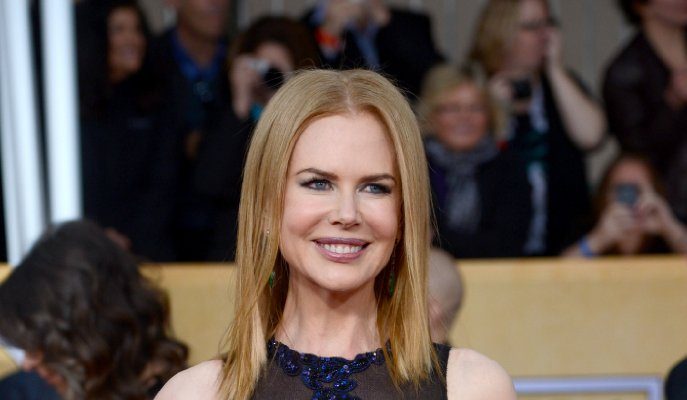 The seven episodes of the miniseries are directed by Jean-Marc Vallée and written by David E. Kelley. It is expected to premiere on February 19, 2017 on HBO. The story is based on author, Liane Moriarty’s best-selling novel of the same name. The story brings together three mothers of kindergartners, Madeline (Witherspoon), Jane (Shailene Woodley), and Celeste (Kidman), whose apparently perfect lives unravel to the point of murder.

The teaser shows the actresses welcoming new mom, Woodley (Jane), to the community with open arms. Witherspoon (Madeline) tells Jane, “This is Monterey. We pound people with nice,” and Kidman (Celeste) adds, “To death.”

Many fans are anxiously awaiting the airing of the new miniseries. Meanwhile, fitness enthusiasts are amazed by the super fit looks of Kidman and Witherspoon. Are you curious to know their fitness regimen? Keep reading to find out about their workout and diet regimens.

Kidman likes to maintain multiplicity in her workouts. Her workouts include yoga, Pilates, cardio, strength training, and gym workouts. She also plays sports like golf and tennis. She would probably play one hour of tennis (once in a week).

Kidman belongs to a marathon running family and being an avid runner herself, she likes to include outdoor running and sprinting in her workouts. Sprinting is a great way to work out and lose fat. She also includes swimming in her workout regimen. Her yoga workouts help her with joint flexibility and core stabilization.

When it comes to diet, she follows the 80/20 principle. This means that she consumes organic, clean, and nutrient dense foods in her diet plan for 80% of the time. For the remaining 20%, she would probably indulge in junk, processed, and not so healthy foods.

The actress believes in moderation in her eating habits. She tries to include five to six small meals in a day which helps with faster metabolism. Her favorite foods include pizza, pasta, and cakes.

Witherspoon likes to maintain a well-toned body through mixing her workout routine and avoiding fad diets. She likes to follow a healthy food plan and maintains an active lifestyle. She is very disciplined about following her diet plan, and she told US Weekly, “I don’t believe in crash dieting or anything like that.”

She likes to run and feels it is a very good workout for her. Her personal trainer, Michael George, helps her achieve her fitness goals and to stay in shape. Witherspoon, also likes to include hiking and yoga in her workout regimen.

The actress likes to drink plenty of water and usually has a juice or a smoothie after her workout regimen. She feels it is important to hydrate after workouts. She also loves coffee, and this Instagram post confirms it. She captioned the photo, “My kind of #MidWeekMotivation #MoreCoffeePlease.”

The celebrity likes to cook and she Instagrammed, “Trying my best, @gwynethpaltrow, to make it look like #ItsAllEasy!!! #WishMeLuck.”

Witherspoon also posted, “So happy to celebrate my friend @sprinklescandace and her amazing cookbook (My grandma’s praline cake recipe is in there too!) Check it out!”

So happy to celebrate my friend @sprinklescandace and her amazing cookbook ?? (My grandma's praline cake recipe is in there too!) Check it out! #Yum #SprinklesBakingBook

A praline cake recipe by Witherspoon’s grandmother sounds delicious and definitely worth trying.

Big Little Lies will be airing in 2017, and many fans will are sure to stay tuned to watch their favorite celebrities, Nicole Kidman and Reese Witherspoon. Meanwhile, fitness fans can try and adopt the fitness regimen belonging to these seasoned actresses.