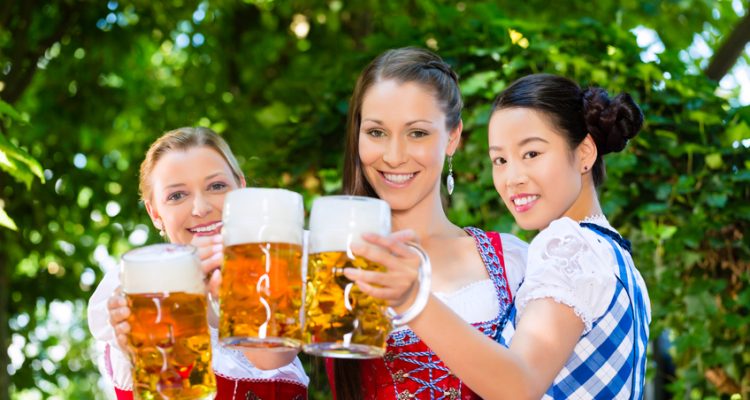 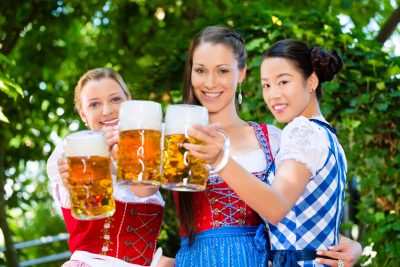 Oktoberfest 2016 is fast approaching! The long wait is almost over.

The 183rd Munich Oktoberfest kicks off on Saturday, Sept. 17 and runs until the first weekend in October. The iconic folk festival began as a celebration of the marriage ceremony between Bavarian Crown Prince Ludwig and Princess Therese of Saxe-Hildburghausen on October 12, 1810, in Munich, and still continues with the same excitement all over the world.

This year more than 6 million people will head to Germany for Oktoberfest. The food, music and beer celebration will be bigger than ever.

But if flying to Germany for the original Oktoberfest is not possible for you, there are around 500 events in United States to celebrate German culture and heritage.

Check out these Oktoberfest in America celebrations

Head down to Texas for one of the most authentic Oktoberfest experiences in United States and entertain yourself with Bavarian folk dances, yodeling, and oompah music. Relish your taste buds with German sausages, pickles, pretzels, and many other savories.

Rush to one of the top 10 ranked Oktoberfest celebrations in the United States.
This festival offers exquisite German food, beer and music. Also enjoy carnival rides, games and local music.

Bring Germany to your place for three days! Enjoy German cuisine with overflowing beer and entertain yourself with games, activities and music.

Rejoice in the largest Oktoberfest gathering in the country. This Buckeye State festival was recognized by the Guinness Book of World Records as the home of the largest chicken dance recorded in 1994.

Enjoy savories like sauerkraut-covered bratwurst busting out of the bun, German-style beers, and live music.

Feast upon schnitzel and bratwurst and gulp lagers and stein at the most authentic Bavarian beer hall in Vegas. The festival features celebrity appearances, live music bands and big-ticket raffles.

This Steel City brewery is one of the earliest pioneers of the craft beer explosion. The crew will entertain you with their own interpretations of German brews, outstanding food and live music.

The world-renowned hotel and casino features over one hundred craft beer selections from 30+ breweries. The beers are featured on the first evening of the festival. The second day of the festival offers a Pool Party with live entertainment, tasty food from local vendors and a wide selection of beers to try at the Tank Pool.

This seasonal festival will take place behind the popular brewery. Exploit your desires with live music, kiddie bike races, a barrel roll competition and a great line-up of beers, such as Imperial Oktoberfest, citrus infused IPA, Extra Pale Ale and Watermelon Wheat.

To experience the German culture and heritage of Oktoberfest 2016 in America, rush to the above mentioned locations before the tents close!

Check out Everfest‘s Every Oktoberfest Calendar for dates, locations, descriptions and tons of other helpful info for hundreds of Oktoberfest celebrations in the U.S.