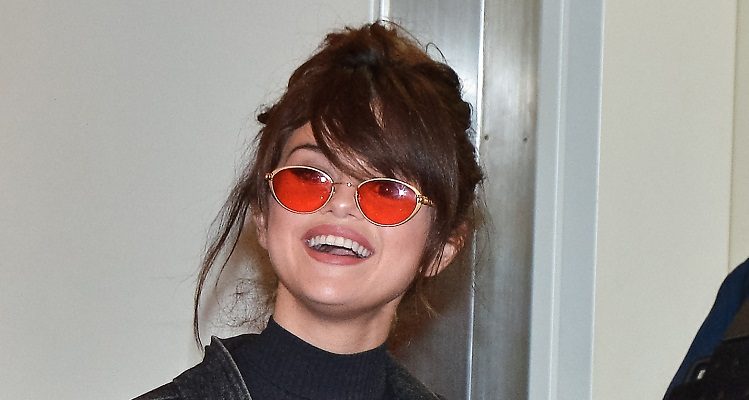 Selena Gomez is seeking out alternative treatments for her lupus, an autoimmune disorder she was diagnosed with back in 2012. Common lupus treatments involve medications, steroids, and plenty of bed rest, but Justin Bieber’s ex-girlfriend is trying a more natural approach to better handle her condition.

Gomez has already had a hectic year with having to cancel her world tour and dealing with more Bieber drama, but bestie Taylor Swift – who is dealing with her own drama– has come to Gomez’s aid. The two have reportedly been sticking together low-key during Gomez’s recovery.

As for the alternative treatments for her lupus, Gomez has enlisted a team of holistic doctors, naturopaths, and acupuncturists. So far, she has experienced relief from chelation therapy, which pulls toxins and metals from the body. Furthermore, Gomez has made changes to her eating habits by adopting a grain-free diet, and she has replaced all of her products in her home – soap, cleaning supplies, etc. – with natural ones.

Gomez can’t take part in her regular workouts while in recovery, as her illness has caused her to become weak, nauseous, and even resulted in her luscious hair becoming thin.

When Gomez was feeling her best, she regularly ate healthily and worked out because she was always on tour. There’s no doubt that Gomez has a killer body but looking at pictures of the singer from a year ago, you can definitely notice a drastic change in size. It’s unclear whether this was a result of all that dancing on stage in combination with a healthier lifestyle, but whatever Gomez is doing is definitely working for her.

Gomez works with trainer Amy Rosoff Davis, who helps manage the singer’s diet and fitness. The two train together about three to five days a week, but leading up to her world tour, they bumped it up to seven.

A key secret that Rosoff Davis has revealed is that she never weighs Gomez, and she uses visual cues from Gomez to notice changes. Furthermore, she does not put Gomez on a diet but believes that everything in moderation is a good motto.

Gomez did have to change up her love for Texas fast food to more whole foods, though. She has incorporated more organic foods options into her meals and discarded the junk.

Lastly, Gomez’s workouts include plenty of variety with yoga, Pilates, and cardio. The trick is to never let your body get bored, and so her trainer tries to mix things up as much as possible.

Lastly, stretching is another big aspect of Gomez’s workout routine. Stretching has not only helped improve Gomez physically, but it also allows her to release stress and even improve her vocals, too.

As Selena Gomez works on recovery from lupus through alternative medicine, we hope that she finds the relief she needs in order to feel better and get back to doing the things she loves – singing and performing.