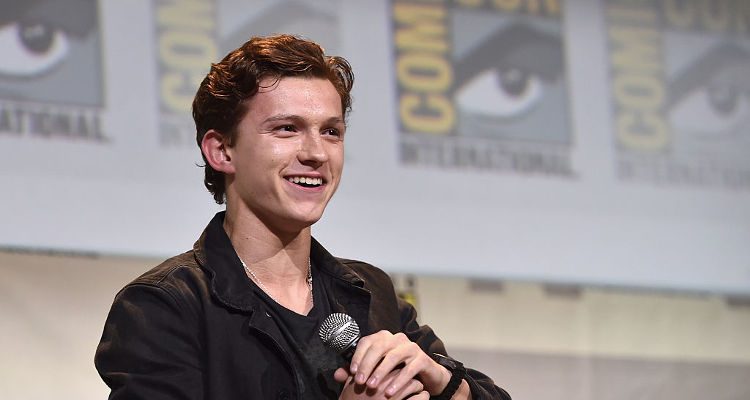 The Spider-Man is not just confined to web slinging—he is a game changer! Tom Holland is publicized as one of top trending actors of 2016 and wholeheartedly thanks his admirers on Instagram for their support.

It's been a crazy year ? thanks for all your support! #hollanders

Holland trained rigorously for Spider-Man: Homecoming and it has surely helped him skyrocket to fame. The superhero has always looked fit and he never compromises on fitness. Let’s take a look at his training routine.

Although Tom Holland is super busy with his schedule, he doesn’t skip his workouts. Since working out at the gym is not always possible, he discovered a new way for effectively working out that take less than half the time of a regular workout routine.

This method is known as Electronic Muscle Stimulation (EMS), and it has actually been around for centuries as a form of physical therapy. It sends low-level electrical currents through your body to stimulate muscles. Even after an injury, it helps build, tone, and strengthen muscles. Holland said, “I heard about the training method through my buddy Bobby, who was on set with Chris while we were filming In The Heart Of The Sea.” He continues, “I do it on top of my gymnastics training, and it’s a lot of good fun. It’s basically this electronic suit that’s put on while you work out, and it seems to be working out really well.”

Tom Holland’s trainer and part-owner of the gym where he works out says EMS feels like being strapped into a suit that covers all of the major muscle groups in your arms, legs, and full torso. The machine sends pulses that contracts muscles 80 times per second. Initially it feels intense, but with time, you get used to it.

Back in @thebody_shapestudios for a killer upper body session. Thanks @missfitkaren

For training they use Miha Bodytec equipment which has a set program where you need to follow an avatar on a screen through the motions. A consultant keeps a watch to see if you are doing the moves correctly. There is a risk of over-training with EMS and so Holland trains on it once a week only. His workouts do not consist of EMS alone and he does other exercises like boxing, training with elevation masks, and burpees.

In order to play the Spider-Man role, Holland must not be only strong, but he needs to be flexible and agile as well.

After watching this video, we get a glimpse of just how flexible Holland is. He actually possess all the characteristics required for the role. Not everyone can do those incredible gymnastic moves!

In this Instagram post he is seen working out with a sledge hammer. He captioned it, “Borrowed Thor’s hammer for the afternoon! #teamironman.”

Spider-Man: Homecoming is scheduled to be released on July 7, 2017, but until that time, Tom Holland’s fans need to be patient. We are sure he will keep us updated with those grueling workouts.