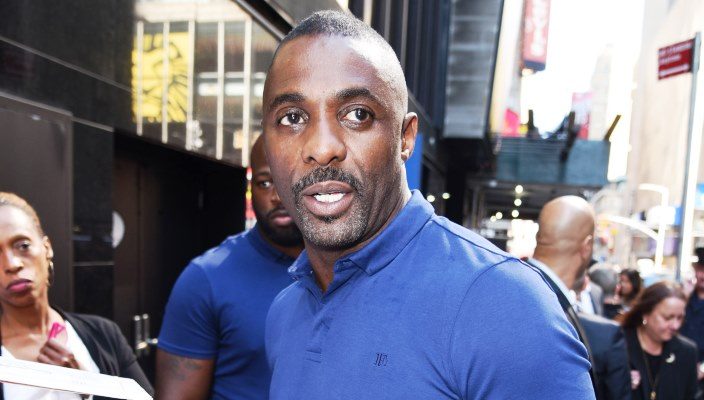 Star Trek Beyond star, Idris Elba, is stunning his fans with his ripped physique. He is currently training hard to become a professional kickboxer for his three-part show on Discovery Channel titled, Idris Elba: Fighter. The hour-long episodes will cover Elba training in the UK, Cuba, Japan, South Africa, and Thailand. The documentary is produced by Shine North and Elba’s company, Green Door Pictures, and is set to be released in 2017.

The British actor’s tweet, “#IdrisElbaFighter coming 2017…,” talks of the upcoming show which has already created a lot of wave among kickboxing fans.

The actor who is incorporating many unexpected training methods in his workout routine says, “It has been a lifelong ambition of mine to fight professionally. Entering the ring to further test myself as a human being is a challenge I have been looking to take on for quite some time.” This post on Instagram captioned, “Test who you really are and what really hurts you,” is inspiring, he also adds, “See what happens if you fail. Everybody loves a winner. Do something outside of your confidence zone. Be. @discovery_uk”

Test who you really are and what really hurts you. Test those around you, see who sticks around when it gets uncomfortable or trying. Peel back your skin and reveal who you are to those that claim they know you. See what happens if you fail. Everybody loves a winner. Do something outside of your confidence zone. Be. @discovery_uk

As a part of the show, he has been training hard and following grueling workouts in various gyms around the world. He is also expected to visit Thailand and train with celebrated welterweight fighter, Buakaw Banchamek.

How does Idris Elba maintain his ripped physique? What are his fitness secrets? Read on to know more on the actor’s fitness journey.

The 44-year-old actor follows an intensive workout routine. He also likes to post videos and pics of his workouts on social media.

This shirtless pic of the actor reveals his chiseled body and the caption says it all, “Cutting weight, two days before first fight, mind in the right place. Fear NO guy.”

What exercises does the actor include as a part of his workout routine? The actor shared with People magazine, “My favorite way to break a sweat is skipping,” and adds, “I like to skip. Ten minutes of skipping is a lot of work, believe it or not. Your whole body’s going and you break a sweat very quickly.”

His workout includes jogging (for 45 minutes), push-ups and sit-ups, or swimming. He believes these workouts help in working every muscle in the body. He has also been practicing kickboxing. He focuses on drills which are broken into three-minute rounds of high and low kicks, combos, and light sparring.

To be a professional kickboxer, the actor tries to ensure that both his body and mind are fit. Though he has done fitness kickboxing and Muay Thai, it is reported that he will be mentored by former world champions, coaches, and trainers during the show on diverse training methods and regimens to improve his performance for the main event.

There are a few simple rules which can maintain your fitness and this includes: eating a good breakfast, maintaining your weight, and engaging in sports activities. Elba follows these simple rules—he has a breakfast that includes a healthy cereal and eggs. He believes that the first meal of the day is important, and tries to not eat too much for lunch. He also admits that he was a very athletic growing up, and played basketball and soccer in school. He says, “Then when I got older, I just figured it was part of life to keep training.”

Get ready for an adrenaline-pumping time with the upcoming Idris Elba: Fighter series. To maintain fitness like Idris Elba, try adopting the actor’s approach to fitness.