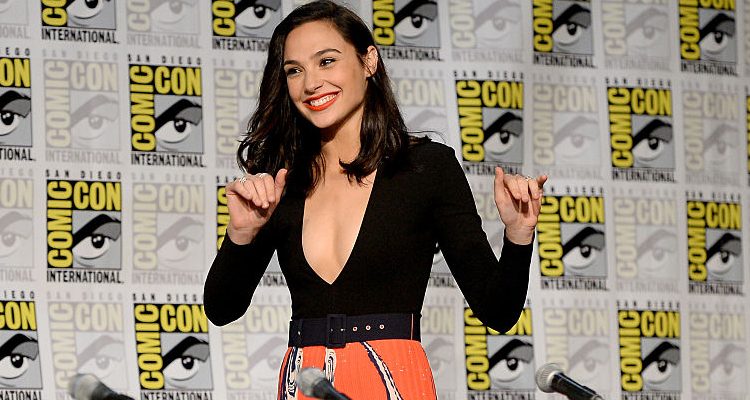 Super fit actresses Gal Gadot, Scarlett Johansson, Priyanka Chopra and Nina Dobrev are all returning to the big screen this year in action-heavy films. Gadot is slated to play the legendary Amazonian warrior Diana Prince in Wonder Woman, Johansson stars as the cyborg crime fighter The Major in Ghost in the Shell, Chopra as the villainous Victoria Leeds in Baywatch, and Dobrev as Becky Clearidge in xXx: Return of Xander Cage. With each of these ladies taking on such high-intensity roles, they’ve had to work hard to keep themselves in fighting shape. Read on to discover some of these leading ladies’ favorite fitness secrets.

Gadot made her first appearance as Wonder Woman in the 2016 film Batman v Superman: Dawn of Justice, where she appeared alongside Ben Affleck’s Batman and Henry Cavill’s Superman and proved to be a fierce opponent for Lex Luthor’s schemes. To get her body into warrior-like shape, the actress worked with Mark Twight and Thomas Bradley, the same duo that helped turn Henry Cavill into a believable man of steel. Gadot has been a fashion model since the age of 18, and as a result, her body was long and slender. The goal of her workouts was to transform her lithe frame into a stronger, larger, Amazonian one to stay true to the character. This involved a combination of weight training, cardio, and martial arts to help her bulk up while remaining trim.

No stranger to action roles, Johansson most likely prepared for her role as The Major in a similar fashion as she did to portray Natasha Romanoff, Marvel’s infamous Black Widow in the Avenger’s franchise. She built strength and stamina by making use of 90 minutes of circuit training with resistance bands, dumbbells, and medicine balls. To aid her with stunts and fight training, Johansson also trained in MMA and a variety of flexibility exercises so she could perform Black Widow’s signature acrobatic moves convincingly.

The Quantico star and former Miss World keeps her body in shape using a simple but effective combination of strength training and yoga, preferring not to spend more than one hour in the gym each day. However, she does alter her routine for roles, as evidenced by the intense training she underwent in order to play Olympic bronze medalist Mary Kom in the 2014 bio-pic. As the title character was an Olympic boxer, Chopra followed a conditioning routine similar to those used by professional boxers including warm-ups like skipping and shadow-boxing, as well as strength-based workouts like pull-ups, burpees, and push-ups.

Best known for her role as Elena Gilbert on the hit series The Vampire Diaries, Dobrev has had her fair share of fight scenes while protecting herself and the residents of Mystic Falls from all sorts of supernatural threats. Her favorite way to keep in shape? A juice diet! While she also works out on set whenever she can – a quick plank while cameras are resetting or even a volleyball match over lunch – the actress loves cold pressed juices and makes them a staple in her diet. These juices are a great way to get necessary vitamins and minerals, especially when you’re pressed for time.

Catch these amazing leading ladies in their upcoming action roles later this year.