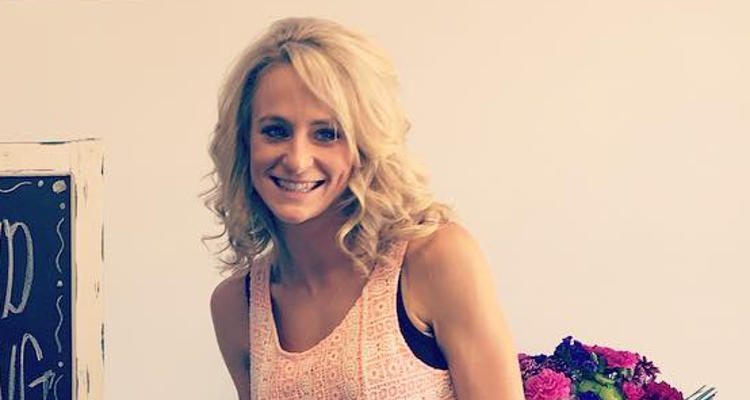 There is some exciting news about Leah Messer and Chelsea Houska for the Teen Mom 2 fans. Messer is trying hard to play the part of a role model for her children and has decided to quit smoking.

Another star, Chelsea Houska, has announced her second pregnancy to viewers, and she is consistently keeping her fans updated about the progress. She also shared her pre-pregnancy workout.

Realizing the health hazards of smoking, Messer has taken a drastic step of giving up her obsession.

Messer set a pack of cigarettes on fire and posted a video of it on Instagram.

So over this bad habit!!! It's not healthy for me or my household. What role model for my daughters would I be to keep smoking? So I'm finally saying goodbye to cigarettes! #GoodBye #positivevibes #WannaBHealthy ????????✌?✌? #Excited

She captioned it, “So over this bad habit!!! It’s not healthy for me or my household. What role model for my daughters would I be to keep smoking? So I’m finally saying goodbye to cigarettes!”

She did receive a lot of support from her fans for the healthy decision.

Messer knew the prolonged habit was enormously harmful to her and her children’s health.

Messer is not only giving up her bad habits, but she’s adopting healthy habits, too. She shared a video of herself going for a walk after a workout.

The better-late-than-never decision will surely have a good impact overall.

Chelsea Houska and Cole DeBoer are desperately waiting to welcome their first child together.

Houska is 20 weeks pregnant and shared a pic of her baby bump. In the Instagram caption, she says that baby kicks are her favorite and her belly is growing every minute.

#20weeks! Half way there?☺️? baby kicks are my favorite…and I swear my belly is growing by the minute!

Can't wait to get back to the gym tonight! Def going to be taking it easy but I want to stay healthy throughout this pregnancy?????

The July tweet certainly maintains her image as a gym freak.

Houska’s pregnancy does not stop her from hitting the gym. She desires to be a fit mother and after her doctor’s consent, she has started working out.

She shared this photo on Instagram a few weeks ago.

The cosmetologist is often occupied but still does not avoid working out. She even brings her daughter Aubree to the gym. The Teen Mom 2 star reportedly took kickboxing classes at Kosama Fitness Center in South Dakota.

“Chelsea goes to the Metabolic Fitness Center four to five times a week,” a friend told Radar Online of Houska’s workout regimen back in 2014. “It involves heavy weights and cardio, so it’s definitely more effective. And she loves it!”

According to the friend, Houska lost weight, but she does not swear by the number on the scale. Initially, she wanted to be thin, but she later turned her focus on building muscles. She is apparently very dedicated to achieving the dream body and will not stop working out until she does it.

Houska reportedly indulged in beer and junk foods but has opted for healthy foods since her pregnancy began. Her list of healthy foods includes meat, seafood, eggs, plenty of vegetables, fruits and ample amounts of healthy fats from oils, nuts and seeds.

She is said to consume high-protein and low-carb foods. She allegedly got rid of carbs, legumes, added sugars and dairy products.