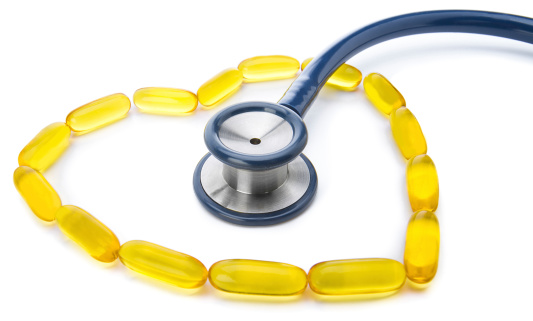 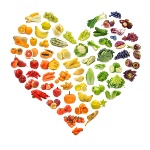 Many people tend to overindulge in high-fat foods that satisfy their palate—but not their hunger pangs.

Since fat is the least satiating macronutrient compared to protein or carbohydrates, you’re more likely to eat more of these fatty treats in order to feel full. What’s worse is that fat contains double the amount of calories that protein or carbohydrates do; therefore, a lot more energy is being consumed and probably not being expended.

The obesity epidemic is a large problem (excuse the pun) and doesn’t seem to be going away anytime soon. It is a result of our society eating far too many calories and expending far too little energy.

However, Not All Fat Is Bad!

Remember those omega-3s that have been shown to reduce inflammation and improve heart and brain health?

You’ve finally gotten the hang of incorporating those fatty fish into your diet twice weekly, upped your intake of flaxseed, and anything else to make sure you’re getting enough of those nutrient-dense omega-3 sources.

Yet now you’re being told you might want to jump on the omega-7 bandwagon?

So What Are These Omega-7s?

Omega-7s are the newest thing, and show promise in reducing inflammation, reducing insulin resistance, and improving the health of your pancreas. They may even have a beneficial role in glucose and lipid metabolism. Best of all, a recent study showed that they can help curb your food intake by inducing early satiety.

Omega-7, also known as palmitoleic acid, is a monounsaturated fatty acid that’s beginning to get quite a bit of press. It is found naturally in some foods, including the oils of macadamia nuts and sea buckthorn, as well as in fish oils.

The downside is that palmitoleic acid tends to be coupled with palmitic acid, also known as sodium palmitate. Palmitic acid is a harmful saturated fat produced from the oils found in palm trees (palm oil or palm kernel oil). It has been shown to promote inflammation in the body, contributing to heart disease, type 2 diabetes, and cognitive decline over time. So the real question is: do the health benefits of palmitoleic acid mitigate the negative effects of palmitic acid?

Are Omega-7s Worth The Hype?

Since this is such a new discovery, the research behind it is limited, but shows promise. Most of the current research has been performed on animals—in particular, rats. A recent study published earlier this year found that omega-7 (palmitoleic acid) has a positive effect on satiety.

Another study published a couple of years ago found that palmitoleic acid improved cholesterol and triglyceride levels in rats, reducing insulin resistance and promoting weight loss.

These studies show promise in improving our cholesterol and insulin sensitivities, leading to prevention of type 2 diabetes and improvement in heart health. However, at this stage, the effects of these supplements are still being studied. For instance, while sea buckthorn oil contains the omega-7 acids, it also has saturated fat and palmitic acid, and we still don’t understand the negative effects those carry as well as we should.

Until more research is done, try incorporating macadamia nuts into your diet. A serving size is a quarter of a cup, or no more than 12 nuts. Remember not to overindulge on these healthy nuts, as they are also a fat. Also, continue incorporating your fatty, oily fish—we already know that the omega-3s will surely benefit our health!