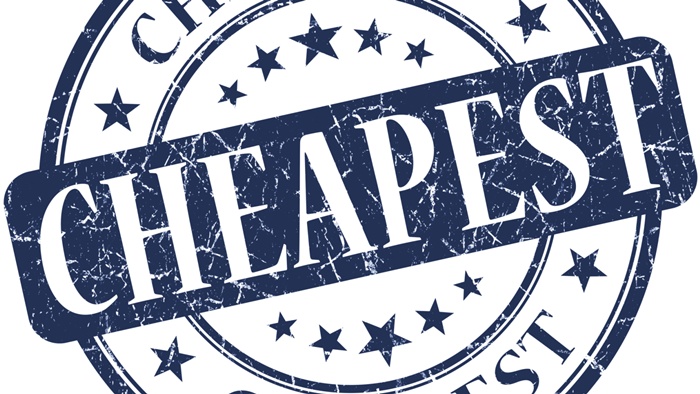 When you are pressed for time does your gourmet meal tend to come quick and easy?

I used to believe as long as I ate, everything was fine. I have always been thin in stature, but I certainly wasn’t fit. I used to have some extra weight around my midsection—and no wonder. My diet contained everything from greasy fast food and microwave dinners to processed foods in a box. I was lucky if I had any actual nutrition to my meals.

I didn’t even know there was a difference, but now I am proud to say times have changed. I shop mostly for organic foods, including fresh fruit and vegetables, whole grains, nuts, seeds, fish and poultry. It might cost a little more money and take a bit more time, but the end result is totally worth it.

Quality over cheap food is not the common trend for the average American. Could the easy accessibility to inexpensive food be a major factor in the obesity epidemic plaguing the United States? According to the Centers for Disease Control and Prevention, 35.7% of adults in the U.S. are considered obese. Based on a recent review by A Cancer Journal for Clinicians, researchers consider the availability of low-quality, low-cost food as the strongest tie to obesity. There are a few factors that link the observation.

The review explains that Americans spend less than one-tenth of their disposable income on food, compared to one-quarter in the 1930s and one-fifth in the 1950s. People buy plenty of food and more calories for that small portion of income, too. More calories are a contributing factor to weight gain, which leads to obesity.

I’m convinced this calorie consumption is only one side to the coin. Convenience foods also contain a lack of nutritional value, which contributes to health problems such as digestive issues and nutrient deficiencies. Avoiding convenience foods would definitely benefit the general population; however, is that a lot to ask and can the average person really afford to spend time on food preparation?

Cheap food isn’t just about money, it also relates to the time it takes to get your food ready to eat. Are you preparing your food at home? It’s easy to get hooked on the junk that is convenience food. You’re hungry. You walk into a store. You get your food and eat it in less than 10 minutes. Food consumption increases as a result and leads to weight gain. The pounds add up and soon you’re in the obese category.

The review also stated that the availability of entertainment and computers has produced more sedentary occupations, resulting in less physical activity, and less time put aside to prepare food during the workday or afterhours. This means more convenience meals being consumed. Society has shifted where so much is expected of a person on a daily basis, making for increased stress and often poor diet choices.

You Aren’t Aware How Much Food You’re Consuming

Generally, people just aren’t aware of how much food they eat. Since the 1980s there has been a spike in food quantity consumed, up from 400 grams of food to 500 grams per day. The carbohydrates primarily found within prepared foods are mostly refined and don’t provide adequate nutrition. So the spike in consumption is part of the problem.

Healthy foods such as fruits and vegetables are readily available for the American population, according to the review, but people are not making good choices.

The question of affording healthy foods is not the issue when it comes to obesity. Rather, convenience foods are equally affordable and available. Instead of solely adding fruits, vegetables and whole foods to your regular standard diet, get rid of the convenience foods. Subtracting convenience and fast foods is the better solution, especially when there are healthier and affordable options. You don’t have to do it cold turkey, just make small changes every week, forgoing the Friday night take-out pizza to assembling your own pie with a ready-made crust and adding sauce and toppings. It’s quicker than you think!

The assumption is that obesity may contribute to lack of physical activity; however, the review also determined that people are exercising four more minutes per day in 2012 than they were nine years earlier. The report authors also attribute the obesity epidemic to urbanization, electronic entertainment, less people with physically-taxing occupations and the use of motorized vehicles. As you can see, the obesity epidemic has many layers.

The obesity problem as a whole won’t get “thinner” overnight. Do you think your health issues come from cheap food? I believe society has to change the perception of how much time it takes for food preparation and get people back in the kitchen to make quick, easy and healthy dinners from unprocessed foods. It can be done!

A reduction of “cheap” food and the demand for more real food would increase as a result. It all starts with taking an honest look at your lifestyle and understanding that your health is worth a little extra time.