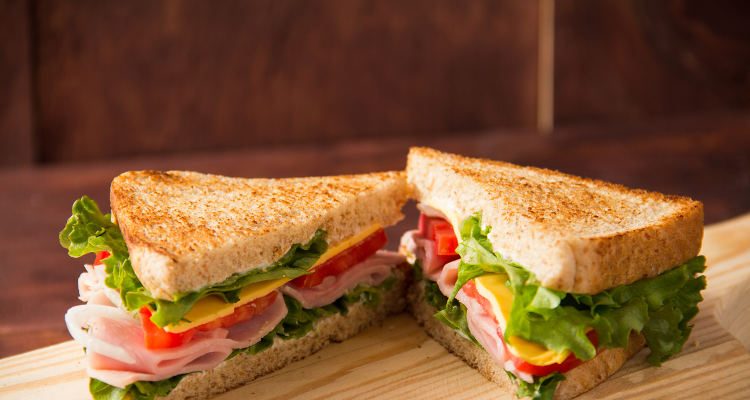 Gail Simmons is a judge on Bravo TV’s Emmy Award-winning series, Top Chef. In 2004, she joined Food & Wine magazine as a special projects manager.  Prior to joining Food & Wine, Simmons was the special events manager for Chef Daniel Boulud’s restaurants.

The renowned chef and cookbook author has shared 10 of her favorite recipes. These recipes are healthy and don’t compromise on taste. Keep reading to explore Gail Simmons’ delicious healthy meals, irresistible desserts, and refreshing.

In a deep skillet, add the oil and butter and melt it. Add the onion and cook covered over high heat for five minutes or until softened.

Uncover it and cook for 25 minutes more until they get caramelized. Add 1/4 cup of water at a time to the onions to prevent them from scorching. Season the caramelized onion with salt and pepper.

Apply butter to bread slices and arrange keeping the buttered-side down. Spread a thin layer of mustard on each slice and top half of the slices with the onion, Gruyère cheese, and pickles and close the sandwiches.

Grill the sandwiches on the skillet or panini press until the bread is toasted. Cut in half and serve.

After it simmers over moderately high heat, season with salt and pepper. Serve in bowls topped with yogurt and scallion greens.

Shakshuka with Fennel and Feta

In a large skillet, heat the oil and add the onion and fennel to it. Cook over high heat for about three minutes and stir until softened. Add the chilies and the bell pepper, season with salt and cook over moderate heat for eight minutes.

Add the garlic, harissa and paprika until fragrant. Next, add the tomatoes and water and simmer over low heat until the sauce thickens (about 10 minutes).

Crack the eggs and add them into the sauce. Cover and cook over low heat until the whites are firm and the yolks are runny (about five minutes).

Spoon the sauce and eggs into bowls and sprinkle with the parsley and crumbled feta. Serve hot.

Chicken and Barley Stew with Dill and Lemon

Mix the flour with one teaspoon each of salt and pepper in a bowl. Coat the chicken with the flour and shake off the excess.

In an iron casserole, heat two tablespoons of oil. Add half of the chicken and cook over moderately high heat until golden. Transfer the chicken to a bowl and add the remaining chicken to the pan and cook.

Add the carrots to the casserole and cook over moderate heat for three minutes. Add the celery, leek, and garlic and cook until soft. Add a pinch of salt, pepper, and barley and cook until barley toasts.

Add the stock and water and bring to a boil. Cover and simmer over low heat until the barley is tender (about 20 minutes). Stir occasionally.

Add the chicken to the stew and cook until the stew has thickened (about 10 minutes). Stir in the dill and lemon juice and season with salt and pepper. Serve it in small bowls and sprinkle with the tarragon and cheese.

Heat the olive oil in a cast iron casserole. Add the andouille and cook over high heat until golden, for three minutes. Transfer to a bowl.

Add the onion, bell pepper, celery and garlic to the casserole. Cover and cook for about three minutes. Add the Old Bay seasoning, rice, and andouille and cook for two minutes or until rice turns opaque.

Add the stock, water, and thyme and season lightly with salt and pepper. Bring to a boil. Cover and cook over low heat until the rice is tender and the liquid is absorbed (about 15 minutes).

Stir in the crab and scallions. Cover and let stand for two to three minutes, and then discard the thyme sprig. Serve hot.

Add the water and drained cranberries and season with salt and pepper. Cover and cook over moderate heat for about 12 minutes or until the brussels sprouts become tender. Uncover and cook until the liquid evaporates.

Add the butter and toss to coat. Serve hot.

Quinoa and Brown Rice Bowl with Vegetables and Tahini

In a saucepan, add rice and cover it with two inches of water and bring to a boil. Cook for 40 minutes until the rice is done. Drain and return the rice to the saucepan. Keep covered.

In another saucepan, combine the quinoa with two cups of water. Bring to a boil. Cover the saucepan and simmer over low heat until its tender and all the water has been absorbed (20 minutes).

Heat two tablespoons of oil in a skillet, add broccoli, and cook covered for five minutes. Add the kale, cover, and cook until the broccoli and kale are tender, for about four minutes. Season with salt. Stir in the other vegetables.

Whisk the tahini with the lemon juice, garlic, warm water, crushed red pepper, and salt. Transfer the brown rice and quinoa to bowls. Top with the cooked vegetables, diced avocado, and bean sprouts. Serve with the tahini sauce.

In a double boiler, combine the chocolate, butter and espresso and cook over moderately low heat, until the chocolate is melted. Remove the chocolate mixture bowl and cool it.  Beat in the egg yolks until well mixed.

In a large bowl, beat the egg whites at medium-high speed until soft peaks form. Add the sugar and beat until the whites are slightly firm and glossy. In a separate bowl, beat the cream until firm.

Spoon the mousse into small glasses and refrigerate for at least three hours. Garnish with chocolate shavings and serve chilled.

Strain into tall glasses filled with crushed ice. Garnish with the berry halves and mint sprigs.

In a tall glass, mix the pieces of lime with the mint leaves and sugar until the sugar is dissolved.

Fill the glass with ice and stir in the rum and club soda. Garnish with the mint sprig and serve.