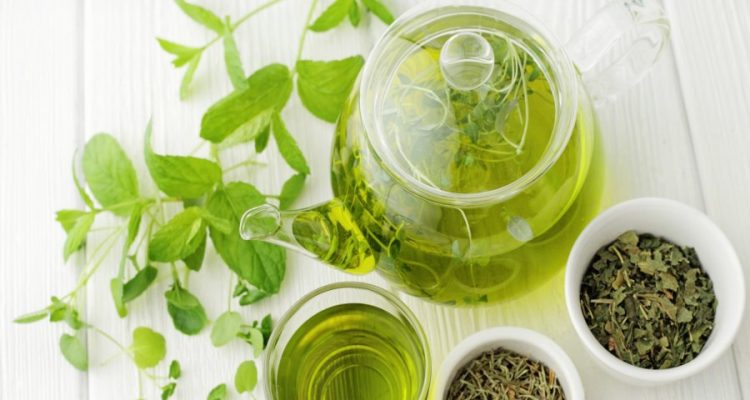 Green, oolong, and black teas are made from the Camellia sinensis plant. What makes green tea different? Green tea contains leaves that haven’t been fermented and therefore has higher amounts of antioxidants than the other teas.

Drinking green tea is a popular practice that has long been significant in many cultures, including those in Japan. Several studies show that regular green tea consumption may lower your risk of Alzheimer’s disease, heart disease, strokes, high cholesterol, high blood pressure, atherosclerosis, eye diseases, diabetes or insulin resistance, and cancer. It may also reduce inflammation in arthritis cases and improve bone mineral density.

Green Tea in the Morning?

There’s no debating that green tea consumption is good for you. That being said, is there evidence to show that drinking green tea in the morning benefits your overall health and well-being?

Consumption of green tea first thing in the morning may actually be a problem. For instance, a study published in the journal Drug Safety in 2008 found that drinking green tea on an empty stomach, particularly concentrated (high dose) extracts, is more likely to lead to adverse effects on the liver than drinking it after eating. In other words, it is better to drink green tea after meals than before breakfast in the morning.

Another problem with drinking green tea in the morning is the caffeine content. Between 8:00 a.m. and 9:00 a.m. is when cortisol concentration in the blood is at its peak high; you should not be drinking caffeinated beverages at this time because the cortisol production naturally boosts your alertness.

Cortisol, or stress, levels will drop between 9:30 a.m. and 11:30 a.m., so if you are drinking green tea in the morning, it is best to time your green tea consumption an hour or two after breakfast.

What else should you know about drinking green tea in the morning?

Caffeine is also considered a drug; when it is abused, users will develop a tolerance to it. In the case of green tea, it will become less effective, which is why you will crave more green tea throughout the day.

A study published in the journal Brain Research in 1995 shows that 200 milligrams (mg) of caffeine intake in the morning later affects sleep and EEG (electroencephalography) brain power at night.

The tannins in green tea can also increase stomach acid; consequently, drinking green tea before eating (on an empty stomach) may cause dehydration, nausea, stomachaches, ulcers, or constipation.

Green Tea in the Afternoon?

Key takeaway: It is best to consume green tea an hour or two before or after your lunch. Avoid drinking green tea between 12:00 p.m. and 1:00 p.m.

Green Tea in the Evening and Night

When is the best time to consume green tea at night? Between 5:30 p.m. and 6:30 p.m., your cortisol levels are also high, so green tea should be avoided during this time as well. This is when you are likely having dinner anyway. If you do drink green tea, consume it an hour or two after dinner.

It’s important to note that you should also consume green tea an hour or two before bed. The caffeine in green tea is a stimulant that can not only increase your cortisol levels, but it can also disrupt sleep or keep you from falling asleep. As a result, people with insomnia or other sleep issues should avoid drinking green tea at night.

Key takeaway: It is best to consume green tea an hour or two before or after your dinner. Avoid green tea one to two hours before bed due to stress and sleep issues.

Consume Green Tea after or before Meals for Maximum Benefits

As mentioned, it is best to consume green tea an hour or two before or after a meal for maximum benefits. Some also suggest drinking green tea 30 to 45 minutes before a meal.

This is because drinking green tea immediately after your meal can inhibit the absorption of nutrients such as vitamin B1, iron, calcium, protein, and fat. The caffeine and tannins in green tea, in particular, can obstruct their absorption. This dilutes gastric juices and results in poor digestion.

The following is a brief summary of the health benefits associated with green tea:

How Much Green Tea to Drink in a Day

There are a number of types of green tea available around the world. Sencha is the most popular, and is often the easiest to find. Other varieties of green tea include tencha, hojicha, genmaicha, matcha, kabusecha, gyokuro, and fukamushi sencha.

The general recommendation is to drink no more than three to four cups of green tea daily. To make green tea, simply take a teaspoon of green tea leaves and let it steep in hot water. However, make sure you keep an eye on it since green tea takes just two to three minutes to steep.

If you leave it any longer, the green tea will release tannins that make it taste bitter. On the other hand, other teas will take about three to five minutes.

Also, as a rule, never use green tea bags more than once since wet tea bags attract bacteria. It is best to use fresh green tea leaves in your tea in general.

Final Thoughts on When to Drink Green Tea

We know that green tea offers plenty of benefits, including its effects on heart health, brain health, bone health, vision health, and metabolic health. However, it is important to know when to drink green tea to get the maximum benefits from this popular beverage. What have we learned in this article?