Home > Advice > Why Fried Food is Worse Than You Thought 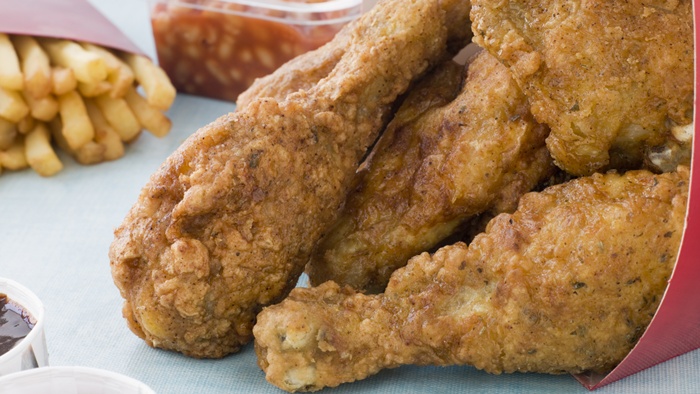 While I try to eat as much healthy food as possible, I do have the occasional cheat and indulge in something that might not be so great for me. But if there is one thing that I absolutely won’t budge on, it would have to be fried foods.

No fried chicken and biscuits for me! And here’s why.

While the fat and salt found in fried food makes it a common diet offender, what really gets me is the terrible greasy aftertaste that hits me after just one bite.

The Dirt on Frying

The oil used to fry food is heated at a super-high temperature. When that happens, oxygen is added to the mix. The polyunsaturated oils like sunflower, peanut and corn oils typically used in deep-frying are then damaged beyond repair.

The heat and oxygen cause oxidation of the unsaturated fatty acids in the oil, making these types of frying oils nasty to eat. These newly oxidized fatty acids produce free radicals in our bodies, too.

The actual chemical configuration of these oils changes during heating; when they become overheated, they’re transformed into trans fatty acids. Once this kind of fat is ingested, it causes metabolic and chemical chaos.

Trans fats cause bad cholesterol (also known as LDL cholesterol) to increase, which in turn increases the production of free radicals and kicks inflammation into high gear.

Trans fats damage artery linings and can increase your risk of heart attack and stroke. They are considered to be toxic substances and yet people continue to eat a great deal of fried foods.

To add to the damage, the process of heating oil and then reheating it in deep-fryers causes chemical residues inside the oil that get absorbed by the food.

These chemical residues called “aldehydes” are highly toxic and have been linked to the development of cancer and brain degenerative disorders. Not enough reason to put down that takeout chicken wing?

Studies from the Fred Hutchinson Cancer Research Center showed that when men increased their intake of fried foods (think along the lines of fried chicken or fries), there was a greater chance the men would develop aggressive prostate cancer.

Research showed that men who consumed at least one serving of fried food each week had a risk of developing prostate cancer that was, on average, 33% higher than men who did not consume any fried foods.

Don’t think that the fat content is the only scary thing, either. Fried foods contain various chemicals like crylamine, acrolein and AGEs (advanced glycation end products) that cause inflammation and damage to the cells and tissues.

Can You Resist the Temptation?

Fast food outlets in the United States serve over 50 million people per day. Fast food and fried food is everywhere—and more popular than ever.

The biggest offender in my opinion is French fries. They come in heaping portions alongside most fast food and restaurant meals and contain loads of fat, salt and other chemicals. So at the very least, hold the fries.

It’s time to stop this madness and say no to fried foods. I will certainly continue to do so.