Home > Diet & Nutrition > Why Vegans Are Skinnier Than Non-Vegans 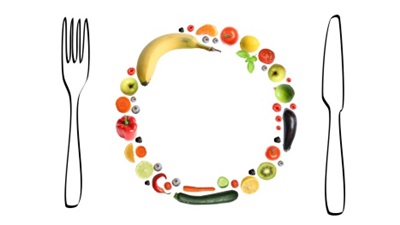 There has always been a presumption that veganism is a healthier alternative compared to non-vegan diets. Some research has found that diets with less animal fat and more vegetables, whole grains, fruit, legumes, and fat from plant sources lead to fewer cases of heart disease and cancer. Now, a new study, published in the Journal of the Academy of Nutrition and Dietetics, is arguing that vegans definitely have one advantage compared to non-vegans: they are more likely to be skinnier, despite the fact that they ate the same amount of calories as non-vegans. The study shows, again, what many health experts like myself know: the type of calories you consume are extremely important for weight loss or gain.

Researchers conducted a study with 71, 751 participants with an average age of 59. They looked at the participants’ diet history between the years 2002-2007.

PLUS: Vegetarianism 101: The 6 Different Types

The results of this study found that the non-vegans ate the lowest amounts of fiber, plant proteins and certain nutrients like beta carotene and magnesium, compared to the vegans.

In addition, the non-vegans also ate larger quantities of trans and saturated fat combined with increased concentrations of arachidonic acid.

The most interesting finding in this study, however, is that despite the fact that the number of calories consumed was essentially the same, the subjects consuming the non-vegan diet had the highest body mass index (BMI).

Although these two groups consumed the same number of calories, the vegan group was decidedly slimmer.

Although this study found large differences in nutrient intakes between vegan and non-vegan groups, the researchers also pointed out that in some strict vegans, there was evidence of nutrient deficiency.

The non-vegan group had a larger BMI, on average, because of the types of calories that they ate. Consuming more refined carbohydrates, as evidenced by less consumption of low fiber foods, combined with higher saturated fat from animal protein and lower essential fat intake can lead to higher levels of insulin, insulin resistance and body fat gain.

This study indicates that veganism can be a healthy choice for some people, depending on the types of food you eat on a vegan diet. Of course, it’s important to keep in mind that vegans are more susceptible to vitamin and mineral deficiencies (especially for zinc, vitamin B12, iron, and vitamin D). In my opinion, strict vegans may want to strongly consider a standardized nutritional supplement to be taken on a daily basis to address some common nutritional shortcomings.

While there are benefits and risks to any diet, at the end of the day, it’s what you eat that matters more than a caloric number. And focusing on healthy eating, such as eating lots of dark green vegetables, whole grains, and protein, is the key to long term health.