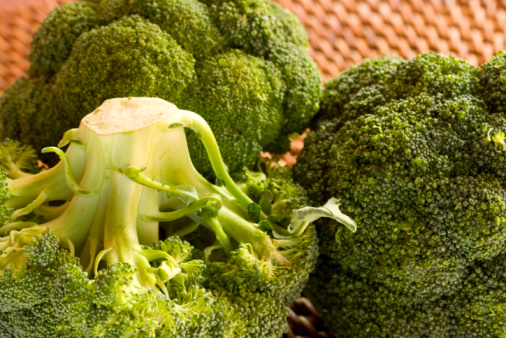 We’ve become afraid—of everything in our kitchen, of everything we find in the grocery stores, of our doctors, our healthcare providers, and definitely of the media. I don’t blame you. Because with the high rates of disease and illness—the amount of people developing diabetes, heart disease, and stroke is increasing by the year—we will do anything to avoid getting sick like our mother, brother, father, sister, boss, or friend. If there’s six degrees of separation between myself and every other person in this world, there’s probably one or two degrees of separation between myself and someone sick with cancer, heart disease, or any other debilitating illness—if that.

So when somebody tells us that this food causes cancer, or that you should throw away your plastic containers because they’re causing cancer, or that some types of sunscreen don’t really block UV rays anyways, we jump on the bandwagon. Why wouldn’t we? If there’s even a small, minute amount of evidence that something causes cancer, wouldn’t you avoid it? I know I would.

And because of that, we’ve landed ourselves into a huge mess: we’ve given people credibility over our lives. We’ve allowed others—scientists who are paid by pharmaceutical companies to say their products are safe; doctors who go out for lunch with Big Pharma—to tell us what we can and cannot eat. We’re so afraid that we’ll believe them, even when the evidence isn’t really there.

That’s why it’s not really surprising that, when a study published last week in the Journal of the National Cancer Institute claimed that taking fish oil supplements could cause prostate cancer, the media went nuts: every media outlet jumped on the story, proclaiming it was time to drop the cancer-causing supplements (I challenge you to find a news site that didn’t cover this story). The media didn’t differentiate between fish oil supplements and omega-3s, either, so suddenly, readers were seeing inflammatory headlines claiming that those heart-healthy omega-3s were actually cancer in your cabinet.

It took a few days before people dug deeper into the study and realized that the media had gotten it wrong: the researchers never even gave the participants in the study fish oil supplements. The study hadn’t looked at omega-3s in general. The study only looked at blood levels of long-chain fatty acids (EPA and DHA), which are commonly found in fish, and are two of the main types of omega-3s. And yet, the study only found an association between higher blood levels of DHA and prostate cancer. The researchers found no association between levels of EPA and prostate cancer risk; nor any association between other types of long-chain fatty acids, such as ALA, the omega-3 found in flax and chia. If the researchers were actually concerned about the risk of high DHA levels and prostate cancer, then why wouldn’t they recommend avoiding fish altogether, along with fish oil supplements? Unfortunately, the bottom line was that fish oil supplements are dangerous and cause cancer—but they got it wrong.

Some doctors have since spoken out, arguing that the Fred Hutchinson Cancer Research Center, where the research was conducted, must have an anti-supplement bias. But I think it’s more than that. I think we’ve become so used to hearing that everything we do in our lives can cause cancer that we expect it, we crave hearing it, and we need it.

You might think I’ve gone a bit overboard. Why do we need to hear that foods cause cancer? Simply put, it’s because we don’t live like we used to a hundred years ago. We don’t live close to our food sources. Instead, everything is produced off-site, but not out of mind. We don’t know what happens to our food after it’s been raised, slaughtered, cleaned, and packaged—we fear that the rise of certain diseases can be attributed to poor quality control of our food. And while people try to eat local, go organic, or demand GMO labels, at the end of the day, we still are not in touch with the people who are responsible for our health: food producers. We don’t know who’s making our food, how they’re doing it, and what they’re putting in it.

So if a study finds that fish oil supplements can cause cancer, we alert the press, make the story go viral, and then run to the medicine cabinet to throw the pills down the drain. It must be true: after all, they’re checking our food, not us.

I’m not surprised, but I’m saddened that we allow people to take such control over our lives, and our health.

The fact that a study got so much media attention in just a few days needs to be a wake-up call to everyone relying on someone else for their health problems: it’s time to get smart about our health. It’s time to take every study with a grain of salt. It’s time to realize that no one will protect your health, better than yourself.