Home > Food News > Why You Might See Nutritional Labels on Alcohol 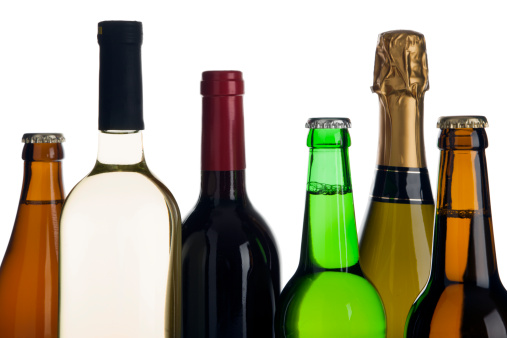 Would you drink beer if you knew how many calories and how much fat and carbohydrates were actually in that one bottle?

That’s what consumer advocate organizations like the Center for Science in the Public Interest (CSPI) would like to see. Ten years ago, they launched a petition to the Treasury Department for required nutritional labels on alcoholic beverages. They wanted the nutritional label to state a full list of ingredients, as well as the number of calories, fat, and carbohydrates and the total alcohol content. They also hoped the label would include the advice of the Dietary Guidelines for Americans on moderate drinking, which states that men should have no more than two drinks a day, while women should stick to one.

But the 10-year battle didn’t play out as planned, although they saw a minor concession; last week, the U.S. Treasury Department announced they would institute voluntary labeling for beer, wine, and spirits companies.

Since the nutritional labels are voluntary, consumer groups aren’t sure how many companies will choose to apply labels on their alcoholic products. Some alcoholic companies, such as Diageo, the maker of Smirnoff and Johnnie Walker, says they will gradually put labels on their alcoholic products. In fact, executive vice president of Diageo, Guy Smith, said that he wanted to add labels back in 2003, when the debate first began, and low-carbohydrate diets were very popular.

But there are sure to be many companies who refuse to label their products—either because they see no need to do so, or because they don’t want consumers knowing that information. According to CSPI executive director Michael Jacobson, this is just a small concession in a large battle against the U.S. Treasury Department.

“The wheels of government grind slowly, to be sure, but I wonder whether the Treasury Department truly needed ten years to make this small bit of ‘interim’ progress on alcohol labeling—and then only make it voluntary,” said Jacobson.

He wants to see labels listing alcohol content made mandatory, so consumers know exactly what they’re putting in their bodies.

“Including fat and carbohydrates on a label could imply that an alcoholic beverage is positively healthful, especially when the drink’s alcohol content isn’t prominently labeled,” Jacobson noted.

The voluntary labeling is only temporary, until the U.S. Alcohol and Tobacco Trade and Tax Bureau (TTB) come up with the final rules. And in the meantime, the only nutritional label you’ll see on bottles of alcohol is the one that the alcohol companies want to put there.