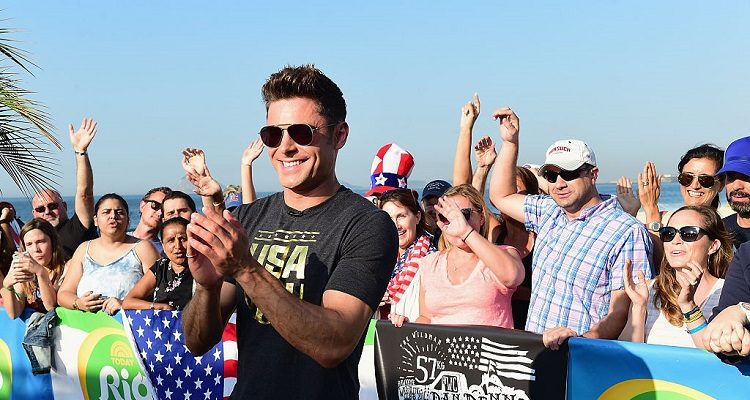 The Baywatch trailer is finally out! You can now catch a glimpse of the upcoming film, which is set to be released on May 26th, 2017.

You will get to see sexy co-stars Zac Efron, Priyanka Chopra, and Dwayne Johnson looking lean, toned, and fitter than ever. Let’s take a look at how these actors got their bodies into the best shape of their lives for the film.

Hunky actor Zac Efron took his fitness to a whole other level for Baywatch. The actor underwent a body transformation and can be seen rocking an eight-pack. To achieve his bulked up look, Efron had to ensure he was consuming enough calories.

He mainly eats fruits and vegetables, as well as lean protein. His protein consumption is important, and he eats up to a gram of protein per pound of body weight. He also consumes healthy fats.

As someone with a naturally fast metabolism, Efron had to eat 3000-4000 calories per day. He did this by eating plenty of oats and eggs, lean meat like beef and chicken, and even fish. He also ate a lot of dairy to get calcium and carbs, but for those that are lactose intolerant, kale and spinach are great sources of calcium and other vitamins and minerals too.

Efron stayed away from refined carbohydrates like white bread, bagels, and cookies, and from junk foods. He avoided things like alcohol and sugar to keep his body healthy, well-nourished, and lean. He also ate six to eight times per day to optimize digestion and to keep his blood sugar and energy levels balanced.

Efron’s workout is consistent when it comes to his balance between strength and circuit training and cardio. He exercises consistently doing things like weightlifting and interval training. His sessions are intense and include a variety of exercises including push ups and pull ups as well as a host of others.

Dwayne Johnson: How He Stays Ripped

To keep his incredible and famous physique, Dwayne Johnson sticks to a very strict diet and workout regimen. He starts his day with an early morning cardio session. It typically lasts 30-50 minutes and puts him in a good place both mentally and physically.

He also does his workouts in a private Florida gym. His gym workouts happen six days per week, and vary between the morning and evening depending on his schedule.

They include working all his body parts separately, and he mixes up cables, barbells, dumbbells, and machine work. He trains super hard and it’s like therapy for him—he can’t imagine his life without it.

He adds to his workouts by eating healthy foods like spinach, egg whites, chicken, steak, leafy greens, potatoes, and rice. He eats six meals a day to ensure his digestion and metabolism are on point. This helps him to assimilate all the nutrients available in the foods he eats.

Chopra’s workout routine is simple, and she is not a big fan of the gym. She likes to do lots of yoga and strength training, and when she is working out in the gym, she likes to cap her workouts at an hour. She only likes to exercise as much as she needs to in order to keep a healthy figure. Clearly, her approach is working for her, although she credits her Indian genes to her great figure too. Check her out in the Baywatch trailer—she looks great, just like her co-stars.