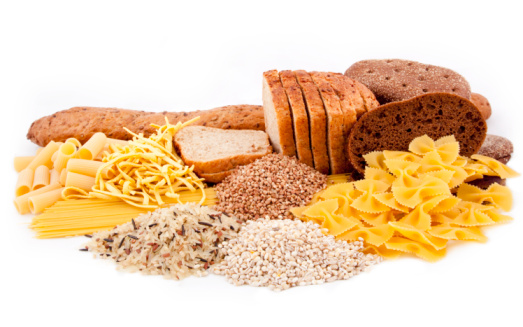 Diets that contain high levels of refined carbohydrates can lead to progressive weight gain, compared to diets where you consume food with the same number of calories but lower carbohydrate levels.

High-carbohydrate diets can lead to progressive weight gain;  this is attributed to the effect that this diet has on your level of insulin secretion following a meal.

When you eat carbohydrates that are higher on the glycemic index, you secrete greater amounts of insulin. This leads to insulin resistance, which can cause fat accumulation in your fat cells. Have you ever wondered why so many people are overweight or obese? These people eat high levels of refined carbohydrates, which leads to fat accumulation.

The consumption of high amounts of refined carbohydrates—anything containing sugar, white flour, concentrated fruit juice, and high fructose corn syrup—can lead to insulin resistance and inflammation. The high levels of insulin associated with the consumption of refined carbohydrates can cause fat accumulation in our cells and in the cells of the liver.

Fat accumulation in the liver can lead to increased levels of liver inflammation and the overproduction of blood glucose and triglycerides, and damaging very low-density lipoprotein from stored fat. This increases your risk of cardiovascular disease and stroke.

Diets which contain a high proportion of carbohydrates relative to protein and fat can potentially lead to the development of metabolic syndrome.

This situation can occur even if the total number of calories consumed from each type of diet in comparison remains the same.

This syndrome is rather complicated and involves an altered metabolism produced from a prolonged state of insulin resistance. High levels of insulin secretion are associated with the intake of refined carbohydrates.

Prolonged, high levels of insulin cause severe changes in your body, including high levels of blood fat, inflammation, blood sugar, and clotting factors. It also causes damage to areas of the pancreas which are responsible for insulin secretion.

As previously mentioned, diets which contain high amounts of refined carbohydrates can lead to weight gain, fatty liver disease, and metabolic syndrome. Can this type of diet also lead to an increased risk of diabetes?

The answer is a resounding “YES!” Researchers have discovered that the intake of carbohydrates which are higher on the glycemic index is associated with higher levels of a molecule known as HbA1c. This compound can be measured in your blood and is produced when there are persistently high levels of blood sugar.

Much as the type of dietary protein chosen can influence your health, so too can the type of carbohydrate that you select. Carbohydrates which are derived from vegetable sources like whole grains, sweet potatoes, and legumes have a very different effect on your body chemistry than the effect that refined carbohydrates have.

These kinds of carbohydrates can reduce the incidence of weight gain, insulin resistance, high blood pressure, and chronic disease and should be consumed with the proper types of proteins and healthy types of fat.

You can probably see that a diet that focuses mainly on carbs is not the best for your health. If you’re going to be making drastic weight choices, don’t just follow a specific diet trend; make healthy choices overall.