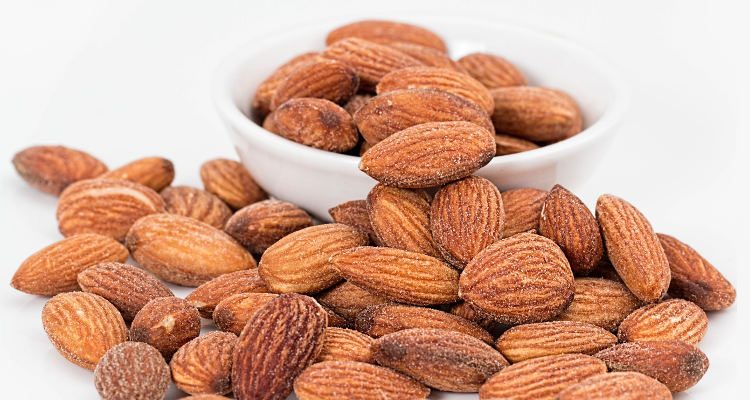 Apricot seeds are similar to other nuts and somewhat resemble almonds in physical appearance. The seeds are enclosed in a hard shell known as a stone. There are two types; one tastes bitter while the other one is sweet.

Sweet apricot seeds are used as snacks. On the other hand, bitter apricot seeds have various therapeutic properties including cancer treatment. However, their effectiveness has not been proven scientifically and lacks evidence.

You may be aware of the health benefits of apricots, but not of the seeds contained within. Let’s take a closer look.

Amygdalin increases the levels of cyanide in the body, and as such, could prove fatal. Cyanide inhibits body cells from using oxygen, which causes the cells to die.

Sweet apricot seeds contain little or no amygdalin. But, consuming sweet seeds could also be risky at times. Because amygdalin is labeled as vitamin B17 on the packaging for marketing purposes, it is misleading as you don’t know how much of it one seed contains.

The recommended consumption of apricot seeds sold in the United States should not exceed eight kernels a day, which is only about one-sixth of an ounce. A quarter cup of apricot seeds contains 160 calories. It contains 14 grams of fats and is cholesterol-free.

The same serving also contains seven grams of carbs, consisting of two grams of sugar and five grams of dietary fiber. Apricot seeds have a good amount of monounsaturated fat and also are a good source of protein and fiber. They do not contain sodium or potassium.

As mentioned, they contain amygdalin, as well as pangamic acid. Pangamic acid has a use in the treatment of ischemic heart disease.

The amygdalin found in apricot seeds consists of two potent substances—benzaldehyde and cyanide. Apricot kernels cyanide content is 0.5 milligrams per one seed.

Laetrile is a drug made from amygdalin. Apple seeds, Lima beans, plums, and peaches also contain amygdalin. Although laetrile isn’t a vitamin, it is labeled as amigdalina B17 or vitamin B17.

Dr. Kanematsu Sugiura received highest honors from the Japan Medical Association for his outstanding contributions in cancer research. He found that laetrile prevented the spread of malignant lung tumors in 10 to 20% of laboratory mice. Meanwhile, the mice given plain saline showed that lung tumor spread in 80 to 90% of the subjects. The study shows that laetrile reduces the spread of cancer and isn’t a cure for cancer.

According to a study published in the Public Library of Science, amygdalin blocks the growth of bladder cancer cells. The researchers studied the growth, proliferation, clonal growth, and cell cycle progression.

According to another study published in the International Journal of Immunopharmacology, the viability of human cervical cancer HeLa cell line was significantly inhibited by amygdalin. The researchers found apoptosis in amygdalin-treated HeLa cells.

However, a study published in The New England Journal of Medicine showed no substantial benefit of amygdalin on cancer patients. In fact, the blood cyanide levels of patients who received the substance intravenously increased alarmingly. But, the levels were relatively low in patients who received an oral dose.

A study conducted in 2002 at the Kyung Hee University in Korea found amygdalin to be helpful in killing prostate cancer cells. A similar study conducted on rats also linked the compound with pain relief, thus decreasing pain in cancer patients.

Amygdalin is considered as an alternative treatment for cancer. Since research so far has shown mixed and inconclusive results, apricot seeds may be helpful in the treatment of cancer, but shouldn’t be the only means to treat cancer. It is best to use it as a supplement with other cancer medications.

Apricot Seeds and the Benefits on Health

Here are five apricot seeds benefits for you to consider.

Apricot seeds were earlier used to treat high blood pressure. But due to their possible toxic effect, they are no longer used for treatment.

These seeds formed a substance called thiocyanate, which was used as an agent to regulate blood pressure. Nowadays, sodium nitroprusside is used instead, which is a metabolite of thiocyanate.

As mentioned, apricot seeds contain laetrile, which is a purified form of amygdalin. Amygdalin stimulates the immune system and increases the ability of white blood cells to attack harmful cells. Meanwhile, laetrile is known to kill harmful cells and reduce the spread of illness.

Another study shows that apricot seeds may increase the production of pancreatic enzymes. These enzymes destroy harmful properties within the body.

Apricot seeds have a natural pain-relieving effect due to the existence of benzaldehyde. It is a well-known analgesic.

Laetrile may prevent metastasis or the spread of cancer from one organ to the other. Although the research on amygdalin as a cancer treatment shows mixed results, some patients have experienced relief from pain, reduced swelling of the lymph nodes, and decreased tumor size.

Arthritis causes swelling and pain in the joints. Apricot seeds have anti-inflammatory properties that relieve pain and inflammation when taken regularly. Consuming apricot seeds with meals is a good remedy to get relief from arthritis pain.

Apricot seeds may have laxative properties. The seeds are known to regulate bowel movements. However, avoid consuming apricot seeds on your own without asking your doctor.

In an article published in ISRN Toxicology, 30 bitter apricot seeds contain enough cyanide to poison an adult. Apricot seeds should not be given to children at all.

Eating greater quantities of apricot seeds are hazardous to your health and may even prove fatal. Consuming foods that contain amygdalin interact with enzymes in the body and release hydrogen cyanide.

According to a study published in Annals of Tropical Paediatrics, periodical ingestion of apricot seeds causes cyanide poisoning. Some symptoms of cyanide poisoning include diminished alertness, decreased oxygen in your bloodstream, drooping eyelids, and hypotension or low blood pressure. It may also lead to nerve or liver damage.

Pairing apricot seeds with vitamin C-rich foods may increase the release of cyanide in the body, which will make it more toxic. According to Dr. Weil, amygdalin levels can increase even upon consumption of peaches, celery, bean sprouts, and carrots.

According to the Memorial Sloan-Kettering Cancer Center in New York, severe cyanide poisoning can lead to coma or death.

Experts at the American Cancer Society advise pregnant or lactating women to avoid apricot seeds completely as they may increase the risk of cyanide toxicity.

Apricot seeds may provide some health benefits, but it is important to note here that eating even slightly more than the recommended intake could lead to severe health conditions or death.

It is best to enjoy apricots and leave the seeds. Their usage in cancer treatment has also been controversial and debatable. We recommend that you consult your doctor if you want to consume it as a snack or medicine.