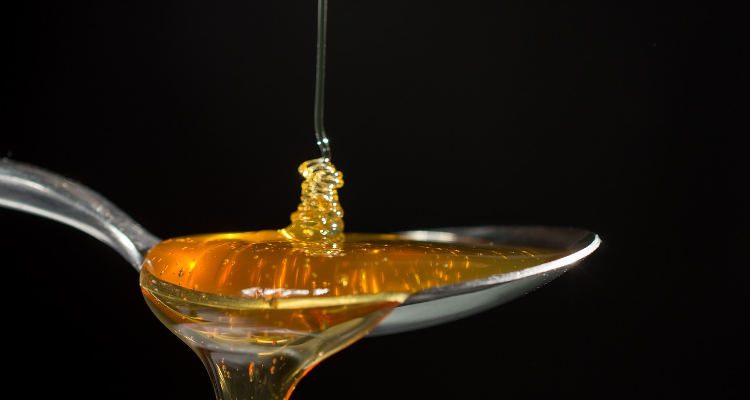 We all like a little something sweet every so often (ok, maybe a little more than often). However, we also know that too much sugar can cause a whole bunch of health problems, including weight gain, heart disease, and inflammation, among plenty others. There are alternative ways to sweeten food without using plain old table sugar, and whether they be natural or artificial, they all possess benefits as well as risks. Here’s what you need to know.

Processed honey is really no better for our health than sugar. Just like any other processed food, we know this is detrimental to our health. The type of honey we should be eating is raw and should not be heated, pasteurized, or filtered. You can tell if honey is raw, because it will be incredibly thick and creamy.

Raw honey contains natural vitamins, minerals, antioxidants, and nutrients. During heating and pasteurization of processed honey, these nutrients are destroyed, and you are basically left with refined sugar. Raw honey is antibacterial, antiviral, and antifungal and can help with digestion, strengthen the immune system, and cure allergies and many bodily infections. As one of nature’s sweetest health products, it can also be applied topically on cuts and wounds to heal effectively and remove any bacteria. Your grandmother may be onto something when she suggested warm water with honey, because it has been proven to soothe a sore throat and treat respiratory conditions. Calories are still relevant, and even though raw honey is natural, it is still a form of sugar and should be eaten in moderation.

As magical and wonderful as honey is, it must never be given to infants under the age of one. Because it is raw and has not been heated, there is a risk for botulism spores that are only killed when it is heated in the process of creating pasteurized honey. Since infants’ immune systems cannot fight off this bacteria, it is extremely dangerous. However, children over the age of one and adults have digestive systems that can handle and prevent this bacteria from thriving.

This natural sweetener comes from the agave plant and is one-and-a-half times sweeter than sugar. It has a thinner consistency than honey and a more delicate, neutral flavor. Agave is low on the glycemic index, with a range from 28 to 32, comparative to honey, which is 58. This low GI level is because agave is 90% fructose, which means agave does not produce a huge spike in blood sugar and it is released slowly.

Because of this, agave is a smart choice for diabetics. However, agave is still a sweetener, and contains about 16 calories per teaspoon, which is the same as table sugar, just with a slower release time.

There have been many debates for years as to whether aspartame should be eaten or not. The fact of the matter is that aspartame is a chemical and an artificial sweetener. The chemicals in aspartame can destroy neurons and healthy cells in the body, allowing for many ailments and health problems to occur. These can include cancer, headaches, nausea, sleep disruption, anxiety, and stomach disorders, among many others.

Since this artificial sweetener is calorie-free, it is a common ingredient in diet food and drinks and a staple for many people trying to lose weight. However, because of the chemicals, it does more harm than good, and there are safer, more natural foods to eat for weight loss. However, aspartame is 200 times sweeter than sugar, so you would need to use less of it—but even in small amounts, it can be harmful. Since it does not contain any sugar, it is tolerated by diabetics.

Stevia is a natural, zero-calorie sweetener produced from a green plant that grows in Central and South America. Once extracted and turned into a powder, it is 250 times sweeter than sugar. Stevia can also lower blood pressure, prevent heartburn, and can lower blood sugar. Diabetics must be careful when eating stevia and watch their blood sugar levels to ensure they don’t go too low.

Since it has zero calories, it can also be used to aid in weight loss. Bloating, gas, stomach upset, nausea, and dizziness can be caused by stevia, so it should be eaten in moderation. Although it is natural, it’s still new to the market; scientists are not sure yet if it is completely safe or risk-free.

Sucralose is a chemical sweetener that is 600 times sweeter than sugar, but cannot be digested by humans. It may cause some stomach upset among some people, while others may be able to tolerate it perfectly. It is up to you to experiment and decide what works for you.

The most well-known brand is Splenda, which contains no calories. When making sucralose, it begins with sucrose, which is in fact white table sugar. However, through the process, sucrose is made into three chlorine atoms, which results in a sweet, calorie-free sweetener. Sugar, or sucrose, is broken down in the body and the calories are used for energy; however, sucralose is not absorbed by the body and usually passes through the body through urine.  The same taste buds are activated by both sugar and sucralose, meaning that sucralose can be used just as you would use sugar, but without the calories. Since it is calorie-free, it can be used to promote weight loss; however, there have been some studies that suggest it can promote weight gain and cause cravings. More research needs to be done on this topic.

When choosing a method to sweeten your food, make sure to experiment with a few different options and figure out which works for you. Whichever provides you with the most satisfaction and the least side effects should be the sweetener of your choice. As with anything in life, moderation is key, especially when it comes to sugar and sweeteners.

This article was written by Shelby Morrison, a Toronto-based food blogger and freelance writer. She has a passion for living the most delicious life, while enjoying every step of the way! She eats her way throughout Toronto, yet loves to travel to different cities for some unique and tasty finds. Visit her web site at www.sweetsnmeats.tumblr.com.