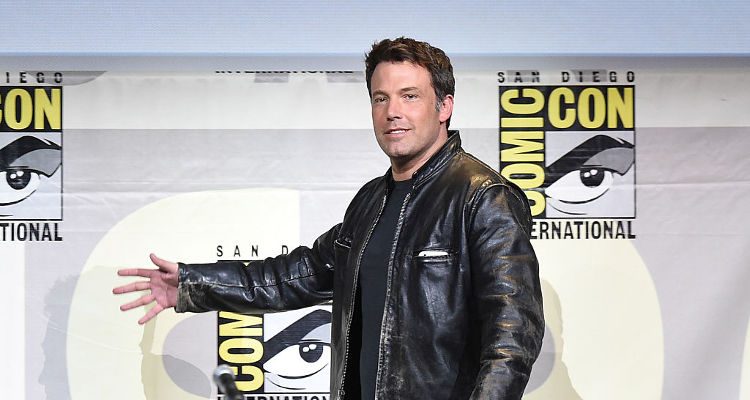 The DC extended cinematic universe is well under way. Ben Affleck has already portrayed the role of Batman, aka Bruce Wayne, in 2016’s Batman v Superman: Dawn of Justice and Suicide Squad. He will also be featured in two future Justice League movies for 2017 and 2019. The 44-year-old Affleck will also direct and reprise his superhero role in a solo film that is tentatively titled The Batman, which will begin filming in the spring of 2017. Joe Manganiello is also set to play the main super-villain of Deathstroke, aka Slade Wilson, in the upcoming Batman film.

Based on most estimates, The Batman movie may be released in the Oct. 5, 2018 slot that is currently slated for an untitled DC film. If there are delays filming the film, The Batman could move to the other untitled DC film slot on Nov. 1, 2019. However, the Batman film cast appears smaller, and the movie may take less time to complete. Besides Affleck and Manganiello, the film will also star J.K. Simmons as commissioner James Gordon and Jeremy Irons as Bruce Wayne’s butler Alfred Pennyworth.

Ben Affleck and Joe Manganiello are certainly ready to take their roles in The Batman movie with both actors dedicated with strict diet and workout routines. Let’s take a look at what Affleck and Manganiello put their bodies throughout to take on their superhero and super-villain roles respectively.

Ben Affleck would prepare for his role as Batman with a muscle building and upper body workout. Affleck would work with longtime trainer Walter Norton Jr. and Matt Damon’s cousin Jamie Damon. Norton Jr. and Affleck would originally work together for Affleck’s 2010 crime drama The Town. To play the role of Batman, Affleck would fit into a 75-pound armor or bat-suit. Basically, Affleck has to look like a MMA (mixed martial arts) heavyweight fighter. The following is Affleck’s workout and fitness routine:

Manganiello also has a strict diet plan that will vary throughout his week. For instance, he might start his day with whey protein shake with water and a protein bar. His second meal will include two boneless chicken breasts, corn, and broccoli. His third meal will include two plates of ham and four sausages with marinara sauce. He then has some snacks like tri tip beef, three apples, and another whey protein shake with water. A late dinner will then include Mahi Mahi fillet with spinach and a house salad with balsamic dressing.

The husband of Sofia Vergara is also getting ready for the 2017 release of the next Smurfs movie titled Smurfs: The Lost Village.