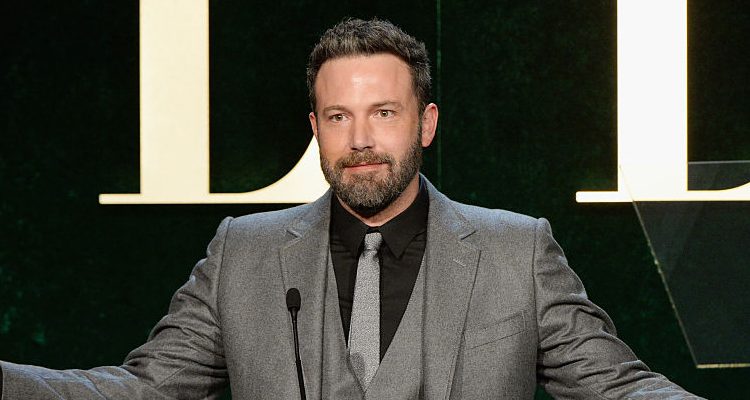 Ben Affleck, Matt Damon, Zack Efron, Henry Cavill, and The Rock topped 2016’s fittest actors list. Many of these actors focused on gearing up for upcoming movies this year, and quite a few of them took on weight gain, weight training, high-calorie diets, and abs workouts in order to look their best.

For example, Cavill underwent intense training to play Superman, The Rock bulked up for Fast and Furious 8, and who can forget Efron’s killer body for the revived Baywatch movie expected to be released next summer.

As you can see, being an actor is more than just memorizing lines. For many actors, it’s also about a full-body transformation to take on the upcoming role. Whether it means transforming into a superhero or lifeguard, these actors prove that they are very dedicated to their roles and will spend countless months looking the part, too.

For Affleck to pull of being Batman, he had to build plenty of muscle. He worked alongside personal trainers in order to get into Batman shape. Affleck spent his days focusing on different muscle groups to ensure they would become muscular and ripped. After Affleck bulked up and put on mass, he entered the cutting phase so that he would look more chiseled than ever.

His intense training helped him to not only become strong, but also to pull off a superhero physique.

To reprise his role in Jason Bourne, Damon worked with trainer Jason Walsh to achieve an athletic physique. It was important that Damon train under guidance because he was coming off of an injury. Walsh said in an interview with Business Insider, “He had heard that I’d corrected injuries with people who had been living with injuries and pain for a long time so in a couple of weeks I helped him out with his shoulder injury and soon after we got his back cleared up and he was 100-percent feeling great so we continued from there.”

Walsh helped Damon with his strength, stability, and flexibility and improved Damon’s condition with those core foundations.

Because producers wanted Damon to look mentally and physically distraught for the final Jason Bourne film, Walsh admitted that the workouts he put Damon through were quite grueling and Damon often looked as if he was about to vomit once he was done.

Furthermore, Damon was restricted to 2,000 calories a day and his water intake was limited, too—being slightly dehydrated reveals greater muscles.

Once filming wrapped up, a giant pizza was waiting for Damon; so we guess all his work paid off!

Cavill pushed himself beyond his limits to pull off his role as Superman in Man of Steel. To begin his transformation, Cavill increased his carb and fat intake and performed countless hours of weightlifting. Once he gained mass, he entered the cutting phase.

Cavill was essentially training like an Olympian and was eating upwards of 5,000 calories a day.

Clearly all of Cavill’s efforts paid off because he really appeared to be a man of steel on the big screen.

Everyone knows that Dwayne ‘The Rock’ Johnson loves to work out. It seems that he gets bigger and bigger in each of his film roles. For his role in Hercules, The Rock appeared to be at his biggest and baddest version of himself.

Because The Rock has spent most of his life in the gym, preparing for roles isn’t that difficult for him and many other actors often enlist his help when preparing for their own upcoming role. He has gone from professional football player to wrestler, so gearing up for acting roles is natural for Johnson.

In an interview posted on Body Building, Johnson explained, “For different roles my condition and training and diet does alter. Depending on the role, it will really dictate the type of training I do. For ‘Hercules,’ it was a 22-week diet, while for ‘G.I. Joe: Retaliation’ it was about a 14-week diet, and for ‘Pain & Gain’ I wanted to come out looking bulky, big, and dangerous, so we adjusted accordingly… And then the intensity of preparation for the movies depends on the role. The training, nutrition, fight choreography, weapons training, and stunt planning are all altered accordingly. I always go in committed and try to make it the best it can be.”

Johnson is very dedicated to his workouts and he not only begins them early in the day, but he also stays very focused as he tunes the world out with music – that is what keeps him going.

The High School Musical actor isn’t just a Disney star any longer. He has transformed from a singing high-schooler to beach babe. In order to look like a chiseled Baywatch lifeguard, Efron’s training was constantly evolving. The main tactic in Efron’s workouts was super-setting, which refers to complete back-to-back exercises with no break in between. This is a time-efficient way to exercise while also maximizing results. Furthermore, in order to perform like a lifeguard, Efron also had to complete exercises to make his movements explosive and improve speed and agility.

Efron is known to be an avid gym-goer; in fact, many reports suggest that he is often seen doing pull-ups or push-ups on movie sets.

As you can see, it takes plenty of hard work and dedication to be part of Hollywood’s fittest actors roster. Ben Affleck, Henry Cavill, Matt Damon, Zac Efron, and The Rock prove they all have that intense drive and dedication necessary to perform their given roles.