Home > Advice > What's Bad For You > Healthy Foods That Poison: Why You’re Getting Sicker and Fatter By Eating “Healthier” 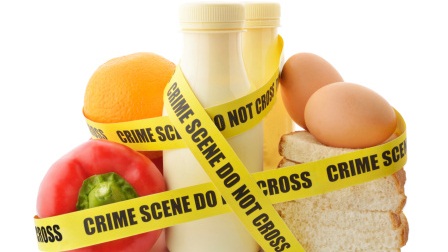 What’s your picture of a health food? For some people, it might be broccoli. For someone else, it might be a carrot. And yet, for other, it could be a chicken or turkey. But the truth is that there are no universally good or bad foods. Did you know that if you have a thyroid condition, broccoli may be one of the most harmful foods for you? Did you know that if you have low iron, spinach might be a bad food for you?

As the saying goes, “one man’s food is another man’s poison,” and it’s absolutely true here.

As a fitness professional, I often have to do a lot of detective work to identify which foods are good for my clients. Why? Because even if you’re eating traditional healthy foods, they may not be healthy for you in particular and they could be stopping your fat loss in its tracks.

You see, food sensitivities can be contributing to a number of issues, like problems with your adrenal glands, liver, and other hormones. These are all part of what I call “the eight hidden reasons you can’t lose weight.” It’s a bit beyond the scope of this article to go into them, but if you’d like to learn more, you can watch my video here.

Here’s an idea of five healthy foods that are actually not-so-healthy, depending on what you may be suffering from:

1. Broccoli, in general, is good for you for so many reasons. But it has chemicals called goitrogens, which bind to iodine, and make it unavailable to use by the body. Your thyroid gland is the most iodine-dependent organ in the body, so if you already have a pre-existing slow thyroid, avoid raw broccoli.

2. Eggs are great for a lot of things, including Alzheimer’s disease, because they have something called lecithin. Plus, many eggs today have omega-3s added to them, another essential nutrient for your body. While eggs may be on your list of healthy foods, if you have gout, you want to avoid eggs, because they cause uric acid to increase in the body.

3. Tomatoes (actually the entire nightshade family) are great healthy foods for you since they have fiber, and a lot of antioxidants, especially one called lycopene. But some people who have arthritis will experience greater pain from this family of healthy foods because they contain naturally-occurring chemicals called alkaloids.

4. Spinach is great because it’s loaded with antioxidants. But for people with anemia (low iron), raw spinach can make it worse, since it contains compounds called oxalates that bind to iron, and make it unavailable to be used by the body.

5. Chicken is great because it’s a lean source of protein, and contains high amounts of selenium (an anti-cancer mineral) and niacin (vitamin B3). But, because of its high arachidonic acid content, it’s bad for those with psoriasis.

So, for many of my clients, some healthy foods can actually be trigger foods for them. So how do we figure out which healthy foods are hurting, rather than helping? There are two ways. The first way is through a simple laboratory test, called “IgG.” This tests for a number of different foods, and tells you whether your immune system reacts to them. The second way is to get my clients to write down which foods they eat (and drinks they drink), at what times, and then they rate their energy levels, mental clarity, nasal congestion, and joint pain on a 0-10 scale. We do this for one week. After one week, I analyze the results to identify what’s going on in their body.

One of my clients, when she started working with us, went from eating one to two eggs per month to an egg a day. Despite dramatically changing the rest of her nutrition, her body fat just wouldn’t go. We did some investigative work, and found that eggs were the issue. After eliminating eggs, we measured her body fat again two weeks later. With no other changes, she was able to lose 2% body fat (about three pounds).

Again, as the saying goes, and as I repeatedly say at my seminars “one man’s food is another man’s poison.”

This article was written by Igor Klibanov, the author of the upcoming book STOP EXERCISING! The Way You Are Doing it Now. He was selected as one of the top five personal trainers in Toronto by Metro News.  Igor is a sought-after speaker, and in the past, he has been hired to speak at CIBC, RBC, the government of Ontario, Sunlife, Investors Group, and the University of Toronto, among others.

Now, as the CEO of Fitness Solutions Plus, he helps busy, stressed out professionals lose weight, improve their energy, and get healthier.