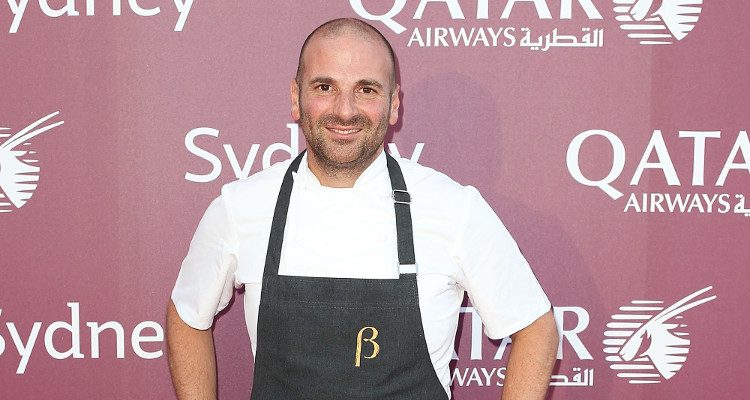 After the successful completion of eight seasons, MasterChef Australia is heading into its ninth season. The show is celebrating this season with a short trip to Japan. George Calombaris always wished to visit Japan at least once. He had never been to Japan but heard a lot about the country and its people. He was eager to explore their food culture and indulge in some authentic Japanese delicacies.

MasterChef Australia is planning to shoot an exclusive Japanese week, so the judges have flown to Japan. They are enjoying some of the best Japanese dishes. The judges are taking advice from their chef friends to discover the best places to have sushi, sashimi, yakitori, and tempura.

With Calombaris’ Instagram updates, we could make out that the judges are heavily indulging in the Japanese cuisine. A few days ago, Calombaris Instagrammed a pic as he held a box containing colorful supermarket-bought sushi.

Another upload on his Instagram account shows all three MasterChef Australia judges posing with cans containing coffee, at the Tokyo station.

Matt Preston is also in love with the country’s incredible food culture. He says Japan has the world’s freshest cuisine. He told News Corp Australia, around every corner and down every alley, there is something exciting.

Although the cooking-themed reality show is the longest-running show on television, Calombaris says they are still discovering the incredible talent various people have. All the MasterChef Australia season 9 final 24 contestants are serious about their cooking. Rumors are circulating that the show will return to the screen after Easter.

There are also rumors about Calombaris’ MAdE Establishment underpaying the staff, including chefs and waiters, by $2.6 million. Apparently, 162 staff members across The Press Club, Gazi, and Hellenic Republic restaurants are underpaid.

A Channel 10 spokesperson stated that Calombaris and his team at MAdE are working together to find out about the incorrect payment made to the employees. Collectively, they will ensure that every affected employee receives their full compensation entitlement.

Calombaris’ fans are eager and excited to see him back on the award-winning show. Media analyst Steve Allen gave a comparison between Calombaris and My Kitchen Rules judge Pete Evans’ paleo campaign. He said, “It would have been a disaster in a couple of weeks or during the early run of MasterChef Australia 2017 but it has been well handled by expediting it now.”

MasterChef Australia season 9 will be a bigger and better season despite the controversy. The show will present amazing home cooks and some of the best chefs in the world.