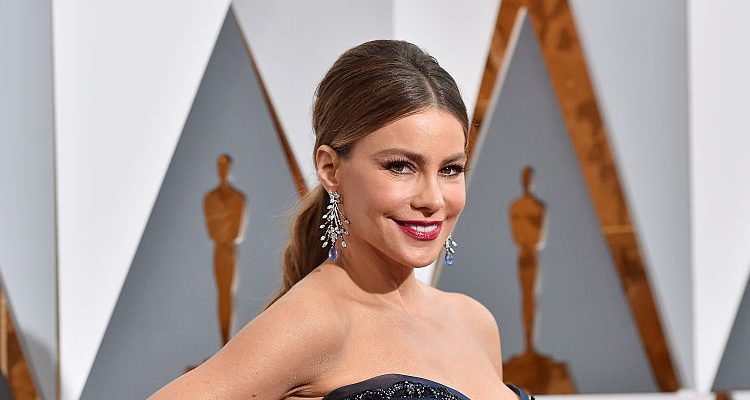 The Modern Family star, Sofia Vergara, has started a #nopainnocake campaign and is not afraid of admitting that cake is the only reason she hits the gym. She even Instagramed two delicious chocolate cakes from her Halloween celebration—we hope she didn’t indulge in them alone!

The star took to Twitter to further to reveal her love for cake on limited edition apparel, where the proceeds will go towards The Birthday Party Project non-profit organization.

Though Vergara has a huge sweet tooth and loves cakes, she balances it with a gym workout.

Vergara told reporter and author, Anahad O’Connor, that she tries to avoid exercises and considers it as a punishment or torture. However, she does understand the benefits of it, such as good health and anti-aging. She works out at least three times a week when she is not shooting for the show.

Sofia Vergara works out with celebrity personal trainer, Gunnar Peterson. He makes workouts fun for gym haters like Vergara. Peterson doesn’t believe in isolation but bigger movements. If Vergara is doing a lunge, he adds an upper body component to it like a lunge with a wood chop, a rear lunge with a  lateral raise, a side lunge with a wood chop, or a forward lunge with a front raise. She does Pilates and goes to spin classes, as well.

She mentions that regardless of body shape, one must feel confident and flaunt their best feature. Though she hates going to the gym, she doesn’t keep away from exercising. She believes exercises are essential to be in shape, and the consequences of avoid it can be harmful in the long run.

Sofia told Fox News: “Not too much food, not too much exercise, not too much anything. Everything in moderation. And, of course, wearing sun block, doing the things that your dermatologist tells you to do — that helps with the aging process.” Peterson insists that Vergara avoid carbs in the later part of the day. She has cut out rice, grains, pastas, oatmeal, potatoes, and sodium from her diet.

Vergara tells Shape that she keeps things in balance. She ensures she eats clean, nutritious food and abides by portion control. She eats veggies, lean proteins, whole grains, nuts, and fruits. She loves sushi and Middle Eastern food. However, nothing pleases her more than eating cakes and if she sometimes overindulges, she will balance it out by eating clean for a month.

At the age of 28, Vergara was diagnosed with thyroid cancer and had her thyroid removed. During an interview with Anahad O’Connor, she said “What are the things that give you cancer? And you get really paranoid of everything. I thought from now on I’m going to eat everything organic, everything healthy, everything different. I was doing shots of spinach. It was insane. But then after the first three months you realize that you can’t live your life like this because it’s exhausting.”

When asked about dieting, Sofia Vergara says, “I’m very lucky, I love healthy eating. I love fish, I love eating vegetables, and I love salads. But I also love desserts. So I try to eat everything but in moderation.”