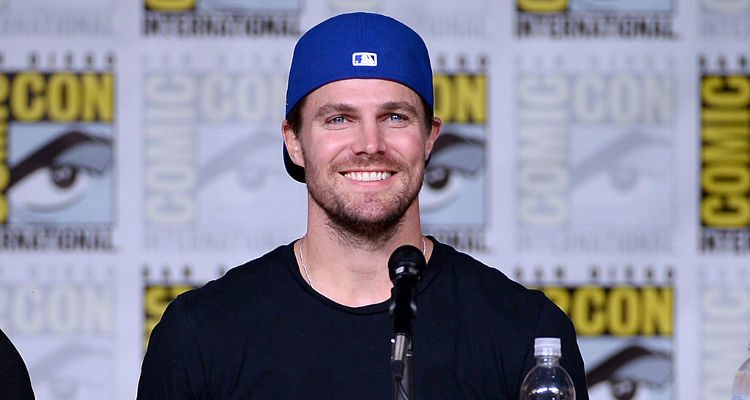 Stephen Amell, the Arrow star, recently Instagrammed a video of his workout, which he captioned, “training two months after crossoverpalooz.” Amell portrays Oliver Queen, aka the Green Arrow, in the TV series and looks pretty fit. In another pic, he wore the old Arrow suit to check if it still fits him, and it did!

Amell’s diet is very simple and is a balance of proteins, fats, and carbs. He likely includes proteins from sources like meat, poultry, fish, beans, eggs, and whey protein powder. For the fat requirement of the body, he may consume coconut oil, avocado, or steak.

When hunger strikes him in between meals, he consumes a healthy snack to energize him. He reportedly abandoned processed sugar, gluten, dairy, and beer for his diet.

Amell’s workout is said to include body weight exercises and parkour. He insists on doing the stunts all by himself, which can be counted as another reason for that chiseled body. Parkour is a great way of exercising and enables Amell to do the stunts smoothly. Parkour training must be started only if you have the proper education and knowledge about it. If it is done in the incorrect way, it may injure you. But if done correctly, the results are equally rewarding.

Amell allegedly works out three to four times per week. He likes to mix things up so that he doesn’t get bored with the same exercises and his body won’t adapt to a particular exercise. The following workout regimen may get you chiseled like Stephen Amell:

If you wish to gain muscles like Amell, then keep in mind the below rules:

#1 For muscle gain, incorporate progressive overload i.e., more weight and more reps.
#2 Lift weights three to four times per week.
#3 Concentrate on lifting weights and do it only four times per week. If you overdo, it may not give you desired results.
#4 Focus on compound movements.
#5 Focus on heavy movements such as presses and rows but also include isolation exercises to hit a specific muscle.